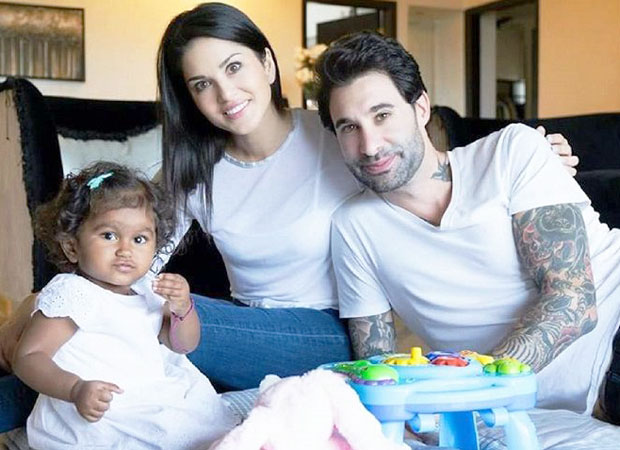 A couple of months ago, Sunny Leone and Daniel Webber became proud parents to a little girl. The couple adopted little Nisha Kaur Webber from Latur in Maharashtra and haven’t really stopped smiling since then. Now, months after settling in with the little munchkin, Sunny Leone has finally opened up about the adoption talking about the entire process she and husband Daniel Webber went through, their anxiety in the precious months prior to adopting Nisha and what they plan for the toddler.

Commenting on the process of adoption, Sunny Leone started by explaining that the thought of adoption was just an idea she had thrown at Daniel Webber, who in turn, immediately said yes to the idea and began the process. Later, going on to talk about the process of adoption, Sunny Leone explained that after they filled in the adoption forms and were shown photographs of the kids, they immediately knew it had to be Nisha. However, when the adoption process went on, it took them about 5-6 months to get little Nisha home. These months were rather suffocating for her and saddening for Daniel as they waited.

Recounting the memories from the first day of bringing Nisha home, Sunny added that since the little one had never faced a camera before, both she and Daniel made sure to capture ever moment taking videos and photos. Explaining what the plan behind the documentation, Sunny added that they have made a small book that contains all the details and imagery that Nisha will get later on.

Concluding her detailing on the entire adoption process, Sunny Leone said that, no matter what, both she and Daniel would be very clear in disclosing to Nisha that she has been adopted. In fact, Sunny added that when the time is right Nisha will be shown everything right from the adoption papers to every little thing. But, most importantly, the actress added that Nisha will have to know that her real mother did not abandon her.

Back on the work front, Sunny Leone will next be seen in the film Tera Intezaar that also features Arbaaz Khan and is slated to hit screen on December 1.