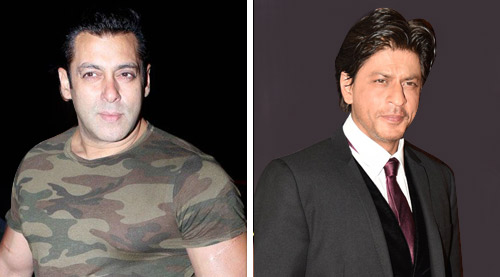 
This is not a healthy sign at the box office at all.


Says Trade pundit Taran Adarsh, "Yes, as on this day, Excel and YRF have announced Eid 2016 for their films [Raees and Sultan, respectively]. Frankly, till a month ago, no one would've imagined SRK and Salman Khan would clash on Eid 2016. Both are superstars. Both are huge-budget ventures. Both enjoy an enviable fan following. The stakes are enormous. The question is, is it a healthy trend vis-a-vis film biz? The question is, will the respective Studios fight it out for theatres and also show timings, if the clash happens? The question is, will the footfalls be divided, if the clash occurs?"


Taran feels a clash is not necessarily damaging. "Of course, a festive period can easily accommodate two biggies and one can cite several examples about 'x' and 'y' releasing/clashing on the same day several years ago and both emerging successful, but what one cannot overlook is the fact that the business will get divided, if there's a clash next year. Like I said, the stakes are too high.


At a time when Studios and also actors are aiming at Rs. 300 crores in the domestic market and setting new benchmarks overseas, this clash - if it happens - will act as a speed breaker. However, there's enough time till Eid 2016, so let's wait and watch.


Says trade analyst Komal Nahata, "If Raees and Sultan indeed clash for Eid 2016, it will be bad for both the films as they will cut into each other's collections. I feel better sense will eventually prevail and the release date of one of the two films will shift from Eid to another day."


Adds Atul Mohan, "A large part of the box office business every year still depends on the ruling Khans who come in 1 or 2 films. Such a clash is nothing but suicidal. We are not contesting elections; we're looking at the fate of two potential blockbusters. I don't think such a clash can or will happen. For now, both films are in the limelight."


Atul doesn't miss the irony of the two Khan superstars clashing again. "This year's Eid campaign for Salman's Bajrangi Bhaijaan was kicked off by Shah Rukh Khan. And now the two would be battling it out next Eid? Sounds like advance publicity for both films and that too before this year's Eid has arrived."


Anand Vishal, Head Of Operations Fun Cinemas feels the clash should and must be averted. "Sultan and Raees won't come together for sure. One of them will reschedule its release date. As an exhibitor I see no sense in two of the biggest films of 2016 coming together."