Shah Rukh Khan's daughter Suhana Khan is pretty famous on the social media. Her photos often go viral on the internet. It is known that she started college at the prestigious New York University. After studying in Lady Ardingly College in London where she participated in plays and even did a short film, she has now moved to New York. 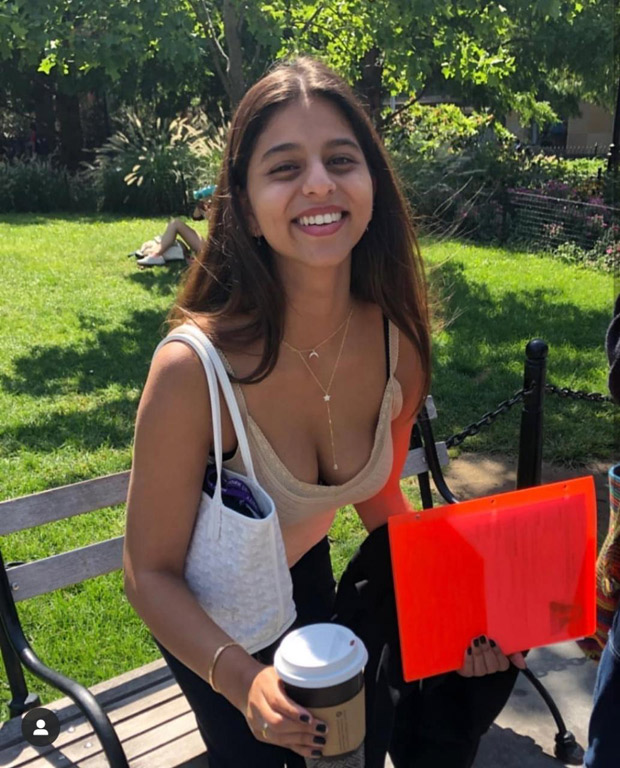 Now, Suhana Khan's new photo from University has gone viral which is all things cute. She can be seen dressed in beige and black casuals while holding a cup of coffee. This picture was clicked by her friend in Manhattan.

Shah Rukh Khan, earlier, said that his daughter plans to pursue acting but after completing her studies. She was also assistant on Aanand L Rai's Zero.

Also Read: Ananya Panday wishes to be in a girls version of Dil Chahta Hai with Suhana Khan and Shanaya Kapoor