The star kids of the tinsel town have suddenly become social media stars. The year 2017 saw the rise of their stardom on the Internet and it is only growing. Shah Rukh Khan and Gauri Khan’s daughter Suhana Khan is effortlessly tagged as graceful and a stunner. She is very popular on social media and definitely paparazzi favourite. In March this year, it was reported that Suhana Khan had bagged her first magazine cover which was going to release later this year. Time has come as Suhana looks all grown up on her first ever Vogue India cover.

Shah Rukh Khan attended the Vogue Beauty Awards 2018 on July 31 where he unveiled the magazine cover of his daughter Suhana Khan. The superstar looked very happy about it and took to his Twitter account to express his happiness. "Holding her in my arms again thanks to @vogueindia . ‘What imperfect carriers of love we are...” except when it comes to our children. So sending u all my love & a big hug. Hello Suhana Khan!" he wrote while holding the magazine cover at the awards ceremony. 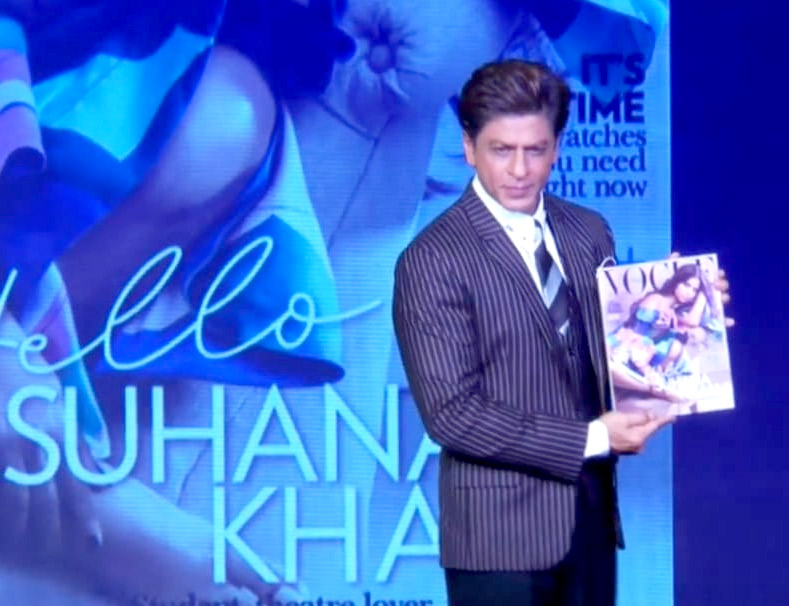 Gauri Khan shared a glimpse of the BTS video in which the teenager looked super confident during her first ever magazine shoot. From different poses to rocking different outfits, Suhana looked like she was made for the industry. On the cover, she is dressed in a floral outfit as she seated on a chair while posing for the camera.

Karan Johar, who is BFFs with SRK and Gauri and really close with their kids, expressed his pride over the cover. "Have seen her on stage and had my heart bursting with pride!! She is stunning, soulful and a bonafide talent! Welcome to the spotlight my darling! Even in its harshest moments it will envelop you with immense love....and thank you for never calling me UNCLE! Love you!" he wrote alongside the cover.

Earlier, Shah Rukh Khan said that Suhana Khan has been doing plays in her school and is very theatre oriented. He can see the zeal in her as she is a fan of cinema. He said that she wants to be an actor in her own way and not learn acting from me.

While Suhana Khan is years away from taking a decision to star in films, she is sure looks be ready for Bollywood.