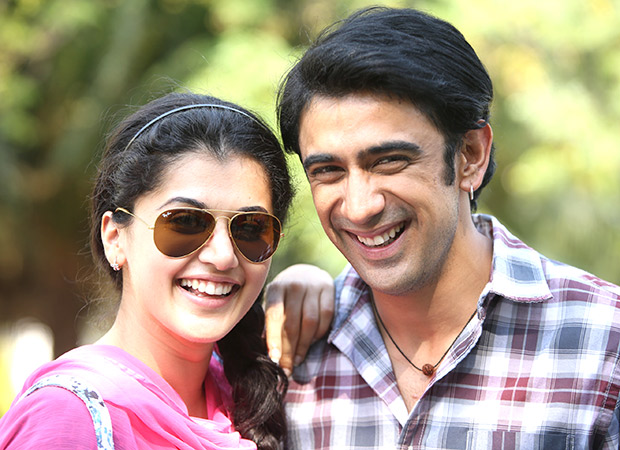 What do you call these? Haan, the Pheel goood type of film. Runningshaadi keeps the proceedings running at a hectic pace. With a shaadi happening every ten minutes you’d expect certain strain monotony to waft into the proceedings. But no. Debutant director Amit Roy knows how to make every shaadi look fresh…or freessss, as our Bihari hero would say.

And hey, this is as good a place as any to tell you, Amit Sadh’s Bihari accent is bang-on. Neither overdone, nor too casual it fits the character’s lackadaisical personality like a hand in glove. Ram Bharose—yup, that’s our Bihari Baba’s name—a Bihari migrant in Amritsar, loves the feisty Punjabi girl Nimmi.

She is the doughty Sardarni who at the beginning of the film asks her father’s helpful employee to help her with an abortion.

Did I tell you? Runningsaadi breaks a lot of rules regarding how the Hindi film’s lead should behave. He is a weakling and a doormat, a full-on phattu .She is a user-friendly clever little chick always alert about what the guy friends, the Bihari and his buddy Cyberjeet (Arsh Bajwa, a full-on fun-toosh) are up to. The trio gets together to set up a website that helps couples to elope.

The screenplay (written jointly by director Roy and Navjot Gulati) will remind you strongly of Maneesh Sharma’s Band Baaja Baaraat and Imtiaz Ali’s Jab We Met. Funny, how every Punjaban who wants to elope reminds us of Kareena Kapoor, with or without the Khan. Though Tapsee Pannu’s accent is a tad over-the-top she brings her own individual sassiness to her part. Neither a prototype nor too eccentric to lose her charm Tapsee plays Nimmi with a verve that draws her close to the audience. 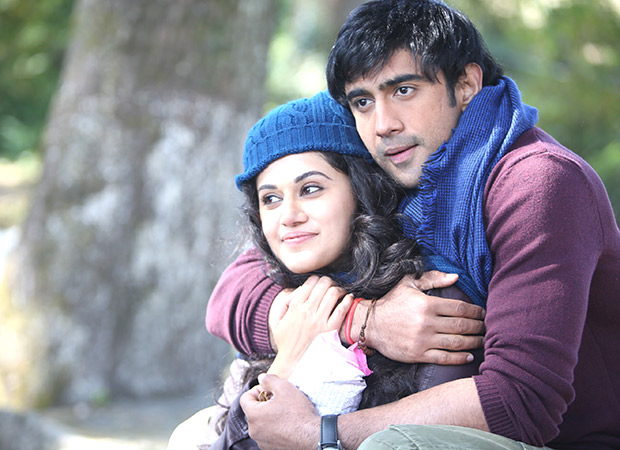 Amit Sadh is the ‘perfect’ foil. Foolish and flawed he is the kind of sucker who falls into a pit because …well, it is there. These two fatally flawed characters are run through the grinder with a glorious whirr in a plot that relentlessly weaves whimsical adventures around their unfinished personalities.

The finest segment of the plot moves to Patna where –what else?—a wedding is about to occur. The preparations are in full bloom. It is here that director Amit Roy captures the flavour and fervour of the festivities that festoon the Great Indian Muddle Class to a tenuous brand of cultural grounding. From the girl’s officious brother (played brilliantly by Pankaj Jha) to the bride’s makeup girl (who takes umbrage when her skills are questioned by Tapsee) and is pacified with ice-cream by the bride’s bro, every character falls into place with a thundering rightness of tone.

Runningshaadi has its share of flaws. The beeped-out ‘com’ from Runningshaadi is an irksome speed breaker. Also, the effort to keep the goings-on constantly brisk-paced gets exhausting at some point in the narrative. I am really not sure when. It all happens so swiftly and happily. And fluently.

This is a rom.com with a dot between the ‘rom’ and ‘com’ reminding us that the traditional romantic comedy has come a long way.

And dot’s the whole truth.