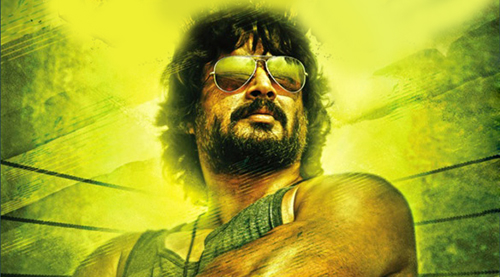 There aren't too many competent sports films in our country and certainly not too many that can claim to penetrate the hearts and minds of the sports and the sportsperson.

Shimit Amin's Chak De, in spite of its rabid rabble-rousing nationalism, managed to give us a clear and coherent portrait of the sport and the player.

There is nothing in the plot to suggest even a whiff of the unexpected. If you've seen the gruff and growling Clint Eastwood barking pugilistically at his protegee Hillary Swank in Million

Dollar Baby you would know where the inspiration for Sudha Kongara Prasad's film comes from... Or for that matter, the under-developed relationship between boxing coach Sunil Thapa and his

fiery protegee Priyanka Chopra in Mary Kom. Yet the story grips you from the word go.

associated with the mentor -pupil genre of cinema (there is even a distinct dash of Sanjay Leela Bhansali's Black in stormy liason between the leader and the bled). Yet, there is a freshness

in the dynamics that define coach Adi (Madhavan)'s relationship with his protegee Madhi (newcomer Ritika Singh). The two actors, especially the more experienced Madhavan, dig deep into their

respective characters' psyche to draw out character - defining traits and quirks that penetrate the sometimes-shallow sometimes-sublime treatment of the subject.

The narrative is virile and vibrant. The energy-level is mostly high. And yes, Madhavan's AMAC (Angry Middle Aged Coach) act crackles with far more tension than what Shah Rukh Khan brought to a

similar role in Chak De. This is Madhavan's career-defining performance. He sinks so deep into his role both physically and emotionally, that the actor becomes one with the act, the dancer

and the dance, the sports and player merge and melt into one another with a soul-stirring fluency.


Regrettably the material offered for the two very fine central performances flounders for the want of heft. A sort of wispiness creeps into the narrative especially when the girl begins her

embarrassing seduction act over her coach. I held my breath for the seduction song which luckily didn't come. It's all charted territory explored by two adventurous players who certainly deserved

a more rewarding journey with many more bends and curves.


It's not as if the writer-director plays it safe all the way. There are some moments in the film when the combustive energy of the mentor and the protegee threatens to flare up into something

impressively explosive. But the 'Big Moments' are squandered in stereotypical exchange of insults and invectives, all peppery and vinegary but not quite adding up to the life-giving food for

thought that you hope and pray it would eventually turn out to be.


Saala Khadoos is an unabashed, unapologetic and unalloyed rabble rouser whose two main characters' graph moves together from the opposite sides of the moral arc - he is gruff, cynical and

burnt-out... she is raw, eager and stepping out into the big wide world .We both know they would find their redemption together. It's the way the cookie crumbles.


However the Adi-Madhi journey should have secreted more curves and bends than what we see. But we really can't complain. Saala Khadoos promised a rugged sports film. And it delivers. The

film never makes a dull watch. Sathish Suriya's editing is sharp. It takes away the rough edges from some of the awkwardly written scenes where the lines seem to be borrowed from rejected episodes


But let's salute the film's third hero. Sivkumar Vijayan's camerawork glides across the simmering surfaces capturing the anger frustration and bitterness of Madhavan's character before moving

inwards to peer into the anatomy of human failure and redemption.


Alas, the film itself doesn't match up to the glory of its stunning visual velocity or its leading man towering performance. This is Madhavan's Raging Bull. By far his career's finest

performance. The film could have been better, though. Much better.