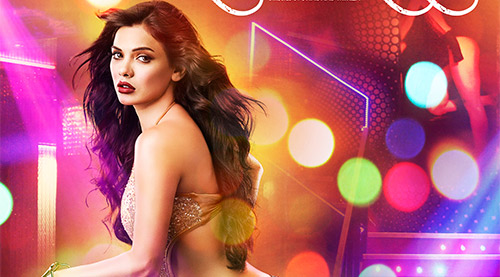 Pakeezah goes to the beer bar. Or some such tagline would serve this fairly watchable melodrama's purposes.

Melodrama, as a genre, in Indian cinema has gone out of vogue. Debutant director Shadaab Mirza weaves an emotional yarn about a girl's journey from the pristine Himachal hinterland into a beer bar run by the an incredibly benign South Indian man who could be one of those caring madams in the films about fallen women set in kothas.

To his credit, the director doesn't over-romanticize the bar girl Barkhaa's tumultuous life story, at least, not initially when she is shown to be quite a tease.

The scenes showing the rich pampered lawyer's besotted son Jatin (Taha Shah, stiff and not just in the upper-lip) frequenting the bar to dart lovelorn looks at his object of adoration are met with a disarming mix of amusement and annoyance by Barkhaa.

A large part of the film's effectiveness depends on the lead actress Sara Loren, who is emotively motivated, understands the camera and the power of heightened emotions expressed on screen, and is powerfully empowered to convey a wealth of emotions through her eyes and voice.

But the film's finest performance comes from Ashish Roy as the level headed unbelievably kind bar owner. Roy imparts a natural ease to his over-sweetened part in a film where everybody strains to make an impact.

Regrettably, Loren's strong performance is saddled with bizarre coincidences and unconvincing twists and turns in the narration which plot to diminish her screen presence. The story tends to veer dangerously close to the theatrical especially after mid-point when the proceedings begin to veer absurdly close to the outrageous.

Yet, there is a semblance of sincerity in the way the life of bar dancer is humanized without making her look angelic. The film refuses to glamorize and caricaturize the bar dancer the way Farah Khan did in Happy New Year. At the same time, the narrative won't tolerate a bar dancer being dubbed a prostitute. There's a moment of terrific awakening where Ashish Roy's bar owner's character lashes out at someone who tries to buy the heroine's sexual favours for a night.

Eventually, Barkhaa's world begins to fall apart .The same, unfortunately is true of the film. But, in taking the life of a tawaaif from out of the ornate kotha into the harsh glare of the beer bar, Barkhaa succeeds in portraying a cinematic journey worth undertaking.

There is also a reformist zeal in the script that B.R Chopra would have approved of in the way the film's hero insists on marrying a bar girl who is a mother of a little girl. If only real life had such solutions to offer, distressed women and victims of social hypocrisy.

Barkhaa rains down a rhapsody of drama and romance. A heartwarming at times touching tale of an innocent girl's journey into the world of deceit, compromise and corruption, it echoes Raj Kapoor's Ram Teri Ganga Maili and Kamal Anrohi's Pakeezah in the way the respectable genteel upper class is shown to exploit women of meager means.
Sara Loren is no Meena Kumari. But, she kills the part much better than Mandakini in Raj Kapoor's fevered fable.

Breasts are left behind. This Ganga is not 'maili'. Just maligned.