Student Of The Year 2 is all set to release on May 10 and well, the leads are all pumped up to create magic at the box office. We all know that Alia Bhatt has been a huge inspiration for the girls, Tara Sutaria and Ananya Panday and it is first Dharma film for Tiger hence, there are a lot of expectations and hoopla around the movie. 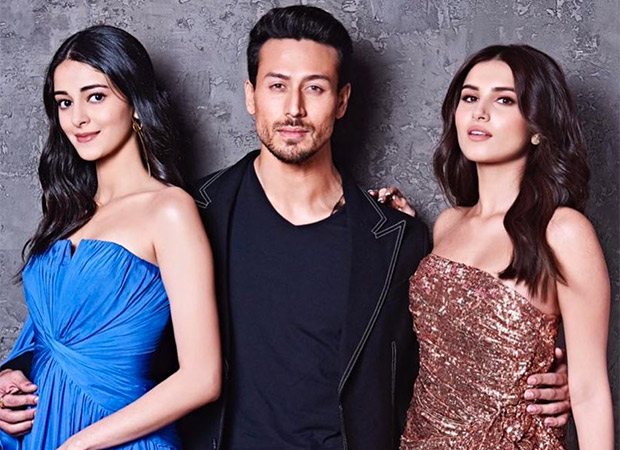 Before the release of the film, the leads gave an EXCLUSIVE interview to Bollywood Hungama. Amongst many things, the three students of director Punit Malhotra and Karan Johar discussed what it meant to work in SOTY2! Tiger made some smashing revelations which was quite surprising as we know him to be quite reticent.

He said, “My director’s brief to me was you got to kiss your heroines (Ananya and Tara) no matter what and just smile a lot.” Now that is interesting. Tiger also revealed that his character was closer to Punit’s personality in many ways. When asked if Punit too likes to kiss and tell, Ananya said, “Kiss yes but tell toh no. But he smiles a lot.”

Following this, Tara, Tiger and Ananya said in unison that Punit is a FANTASTIC director. They even said, “Had the best time with him.” Tiger further said, “The equation we had, of course, we respected him and everything but he never once made us feel like I am the director and you listen to me.”

Further on he claimed that though he is not over smart and likes to listen to his directors, he still tries to bring his belief and philosophies to the table and mix them up with instructions he gets from his directors. He added that he strikes a perfect balance between the two.

Also Read: Student Of The Year 2: Here’s why Tiger Shroff is glad that Varun Dhawan and Sidharth Malhotra are not featuring in SOTY sequel