Last Updated 19.09.2020 | 6:10 PM IST
feedback language
follow us on
Home » News » Bollywood Features News » Bollywood News Student Of The Year 2: Ananya Panday and Tara Sutaria can’t stop gushing about their onscreen kiss with Tiger Shroff and here’s what they have to say!

A day ago Tiger Shroff had revealed in a media statement that while audiences come to his films mainly to see him do action and dance sequences, he also mentioned about how romance is an small yet pivotal part in his films. Looks like his Student Of The Year 2 co-star and debutant Ananya Panday is more than happy to vouch for his romance skills. The actress in recent reports asserted that her action packed co-actor is a good kisser too and his other leading lady Tara Sutaria too seems to be in agreement! 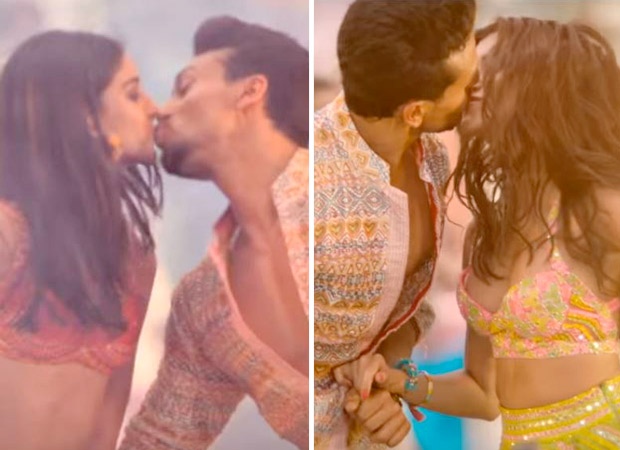 Readers who have come across the video of the song ‘Mumbai Dilli Di Kudiyan' from Student Of The Year 2 would be aware that the Tiger Shroff is seen kissing both his leading ladies, Ananya Panday and Tara Sutaria. It seems that the new students were promoting their film on a radio show wherein Tiger was asked what as he best at?. While he kept thinking and rhetorically asked Main kis mein best hoon, Tara was quick to reply that he has already answered saying that he is good at 'kiss'. Soon enough Ananya too joined the conversation vouching for Tiger's kissing skills.

Student Of The Year returned with the second instalment after the first instalment featuring Varun Dhawan, Alia Bhatt, Sidharth Malhotra turned out to be a box office success. This one however will have a new batch of students and with a new set of cast. Unlike the prequel, this one will be directed by Punit Malhotra. Produced by Karan Johar, Student Of The Year 2 is slated to release on May 10.