This upcoming weekend, Sony Entertainment Television’s renowned show The Kapil Sharma Show is going to be an exciting watch with the line-up of celebrities gracing the show. On one side the cast one of the most acclaimed film of 2018, Badhaai Ho starring Neena Gupta, Gajraj Rao and Amit Sharma will set the evening and in addition, Guru Randhawa will perform live on some of his most famous songs. Not only that, on the other side, the cast of Student of the Year 2, Tiger Shroff, Ananya Panday and Tara Sutaria will add their own funny quirks on the show. During one such moment with the cast of SOTY 2, Tiger revealed his first ever crush on the show. A source from set reveals, “When Kapil Sharma asked the cast of SOTY 2 to reveal the teacher they had a crush on during school or college days, talented actresses Tara Sutaria and Ananya Panday laughingly denied any of it happening but the handsome hunk Tiger Shroff raised his hands in front of the audience and narrated that he had never been to college but, during his school days his first ever crush was a school teacher and not any classmates. This revelation shocked everyone on the sets considering one could never imagine the most quiet and well-mannered actor amongst the film fraternity would have a crush on his teacher.” 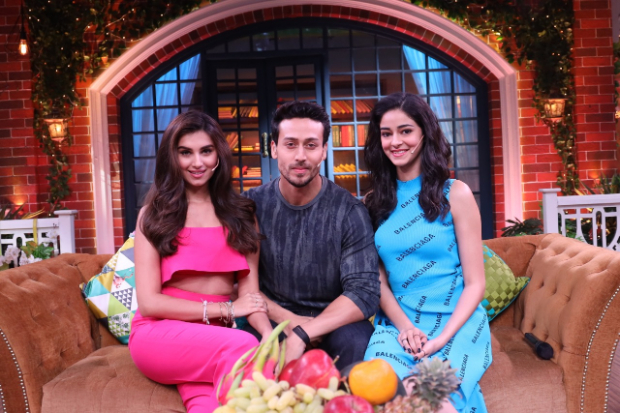 ALSO READ: Hrithik Roshan and Tiger Shroff will have a dance off in YRF’s next - Student Of The Year 2 actor CONFIRMS!