Following a grand victory on the reality show Kingdom: Legendary War, South Korean group Stray Kids is back with a power-packed music video for the title track 'Thunderous' of their second full-length album, 'NOEASY'. 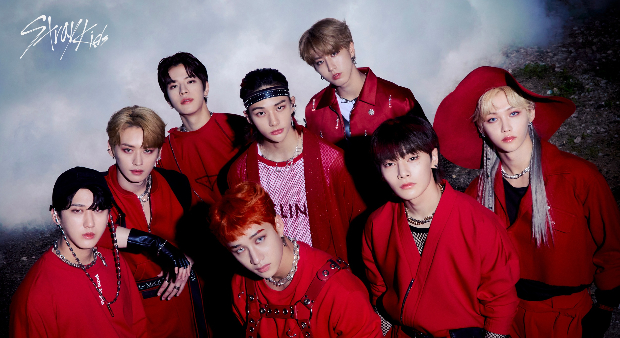 The music video takes place in a traditional Korean setting with the Stray Kids dressed in hanbok. The group not only chants the lyrics for self-expression, but the choreography is also powerful along with a visually appealing set that many have seen in Korean movies and dramas. Shutting down the critics who have deemed them as a group who make 'noisy music', the group's members Changbin, Han and Lee Know say, "So they call me, the one shouting oh / Changbin, I choose my own path / Attitude tough / Like a runway train going recklessly down the track, ayy / By a fierce hurricane, umbrellas flip inside-out / The faultfinder's last day, haha serves them right / Go back woodcutter, there's nothing to cut here / There's no way they can lower my ego, I stick to my jutdae / Horns get louder and grander, honk honk."

Another catchy lyric is "Man I'm not sorry, I'm dirty / Keep on talking, we don't play by the rules" is where Stray Kids make their point that they are here to set their own path, make their rules, and not here to entertain the nuisance.

Written and produced by 3RACHA (producers Bang Chan, Han, and Changbin), in intro NOEASY, Bang Chan, leader of the group, explains, "We made the hook first. We used that as our foundation for the entire song. At that time, I was with Changbin and HAN in the living room and we were wondering about how to make ['Thunderous'] different and new. We kept tossing ideas back and forth and talked about this and that. Then, the theme of “Thunderous” came up. I thought the title 'Thunderous' would be fun, so we looked it up on music platforms and found out [the concept] hasn’t been used at all before. It seemed perfect for Stray Kids and I thought it was a title that only we could do."

The song has a blend of Korean traditional instruments along with modern trap - something Stray Kids is known for - experimenting with sounds which you've seen in 'God's Menu' and 'Back Door' as well.

Overall, the 14-track NOEASY album has a song for everyone's taste. Boasting rich vocals, rap verses, and a strong presence, Stray Kids continues to solidify its realm as a self-producing group.