South Korean group Stray Kids are all set to enthrall their fans once again with their upcoming album NoEasy. The album is set to release on August 23, 2021. After delivering mind-blowing performances like ‘God’s Menu’, ‘Back Door’, ‘Miroh’, ‘Levanter’, etc., Stray Kids’ next comeback looks quite promising. Since their debut, the group has always impressed us with their flawless execution of stage performances and exemplary vocals. It is difficult to pick a few from a hoard of amazing stages, but we tried! 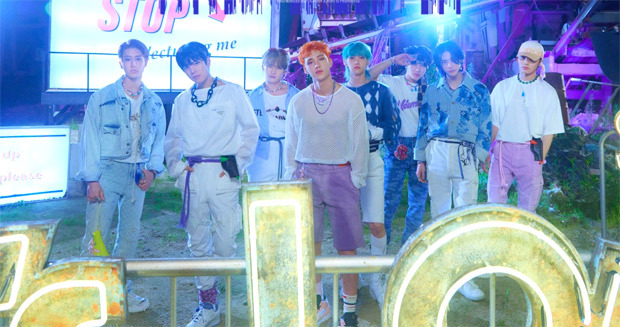 Ahead of Stray Kids’ NOEASY comeback, let’s look back at 9 exemplary stage performances

Let’s take a look at some of the best stage performances by the octet that left the fans speechless!

MIROH – KINGDOM: LEGENDARY WAR (2021)
Using the whole stage as their prop, Stray Kids owned the Kingdom stage with their goth horror-themed performance of ‘Miroh’. Their costumes matched perfectly with the theme. The 360° filming of the performance added to the wow factor. The electro-pop music and the popping and locking dance choreography made the viewing experience even more thrilling. The use of blades as a prop added to the ‘danger’ element of an already gothic visual. Changbin’s rapping in ‘Miroh’ was a delectable cherry on the cake!

VICTORY SONG – MAMA (2020)
When the song is titled ‘Victory Song’, nothing less than a victory march can do justice to the grandeur performance. Stray Kids at MAMA 2020 is a memorable experience especially for the fans STAY as that set the stage for their Kingdom appearance. From the red and black outfits matching with the stage visuals, to Felix’s deep voice – the MAMA stage for Stray Kids’ ‘Victory Song’ is an engaging performance to watch. The incorporation of fighting stances in the choreography adds extra flavour to the song. Felix’s rap definitely took the cake here.GOD’S MENU + BACK DOOR – GOLDEN DISC AWARDS (2020)
Speak about astounding performances, and not mention Stray Kids’ ‘Back Door’ and ‘God’s Menu’? Impossible! What’s better than one SKZ song? Two SKZ songs! The group set the stage on fire with their impeccable choreography and oriental-themed music. The traditional beats added a lot of impact to the performance. Being in the center of the fan dance, Hyun-jin stole everyone’s attention. The outfits, which were a modern take on the traditional hanbok, were an interesting addition that completed the whole ‘Oriental’ theme for their performance.AGAIN AND AGAIN – IMMORTAL SONGS (2019)
Performance suitable for a huge open-air concert, Stray Kids’ ‘Again and Again’ at Immortal Songs 2019 was one notable performance. Seung-min shone brightly in this one, with his harmonious vocals and brilliant visuals. The song which is replete with electronic guitar riffs and electro-pop music, octet showed a smooth confluence of vocals and rap in this one. It is definitely worth watching again and again!WOLFGANG – KINGDOM: LEGENDARY WAR (2021)
A song that created newfound fame for Stray Kids all over again, ‘Wolfgang’ at Kingdom 2021 is ‘never miss’ performance! Bang Chan stole everyone’s attention in this one, especially with his opening verse. From the stage setting to their fur coats in sync to the idea of a ‘wolf’, Stray Kids won hearts with ‘Wolfgang’. The crackling visuals, clubbed with trance-like music make ‘Wolfgang’ by Stray Kids a must-watch. Interestingly and importantly, the group ended up winning the show.EASY – INKIGAYO (2020)
Stray Kids’ ‘Easy’ is a hip-hop track through and through. Each member played on their strengths here. The futuristic music, in pair with alternating vocal and rap verses, presents an enjoyable performance. The group’s youngest member I.N. was memorable in this performance. Be it his performance at Inkigayo, or even Music Bank, I.N. has stolen hearts with his ‘boy-next-door’ charms.In addition to some astounding stages of their own song, Stray Kids have also delivered gripping covers for songs of groups like 2PM, BTS, BTOB, TWICE to name a few. The members have also collaborated with other groups for covers of songs like ‘Psycho’ by Red Velvet (covered by 00s), ‘Hard Carry’ by GOT7 (covered by 9800), etc. Here’s a look at some covers where all 8 members participated!

I’ll BE YOUR MAN (original by BTOB) – KINGDOM: LEGENDARY WAR (2021)
BTOB’s ‘I’ll Be Your Man’ is a largely vocal-based track, with ballad-like music. But, Stray Kids added their own punk spin to it and made it into a hard rock cover. Stray Kids member Han, who mainly sings the rap verses, surprised everyone with his harmonious vocals and epic high notes. Even BTOB members were surprised at Han’s all-rounder performance! Have a look yourself if you don’t believe it!

MY HOUSE (original by 2PM) – SBS GAYO DAEJEON (2020)
Stray Kids are a versatile bunch of artists. Even though they are largely known for their punk and rock music styles, they can deliver the softer genres like pop and ballads with equal ease. Their cover of 2PM’s ‘My House’ is one good example. Brighter visuals and a relaxed atmosphere bring in a perfect show of their versatility. Lee Know stole the show in this one! The soft vocals and smooth music make it a pleasant watch!DIONYSUS (Original by BTS) – KBS SONG FESTIVAL (2020)
Stray Kids is known for exemplary stage performances. When doing covers, they have ensured the performance is an ‘ode’ to the original group and have also added their own spin to it. When it came to BTS, they opted for the foot-tapping strong number ‘Dionysus’ and gave a phenomenal performance. Given that it is one of the toughest choreos of BTS, Stray Kids’ version was definitely so fiery.Which of these songs did you like? Which of Stray Kids’ stages are your favourites?

ALSO READ: “I think all the Stray Kids are amazing” – says Ryan Reynolds to Bang Chan during Free Guy promotions