It is one of the piquant facts so common in Hindi cinema that when Kaho Naa…Pyaar Hai and Refugee released 20 years ago, and the former succeeded but not the latter, it is Hrithik Roshan from the blockbuster and Kareena Kapoor Khan from the flop who have stayed relevant for two decades. 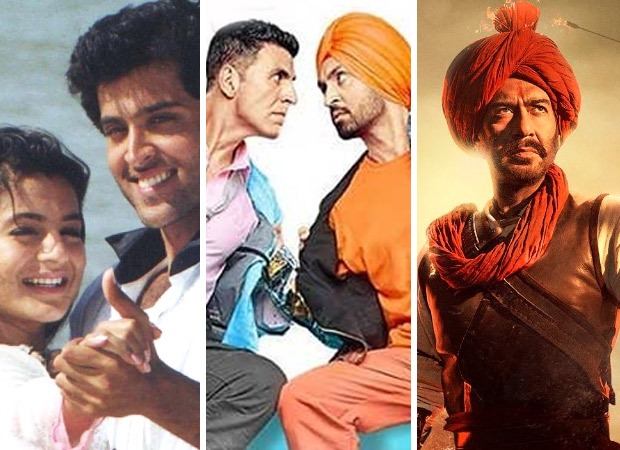 In 2019, in their 20th year, Hrithik starred in the successful Super 30 and War, while Kareena featured in Good Newwz. While Hrithik has endured due to his charisma and formidable talent, Kareena too is a true-blue Kapoor diva and has stayed the course, remaining the favourite of the top superstars—Aamir Khan, Salman Khan, Shah Rukh Khan, Akshay Kumar and Ajay Devgn— even after her marriage, besides doing roles like Veere Di Wedding and Ki & Ka.

And obviously before we go further, these five names above are very much relevant over two decades after they started out, and though SRK has had a bad run of late (with his last hit way back in 2013!), he is still the darling of his fans, and scores high overseas.

Here are the other stars who have remained durable and relevant in the past two-decades down or more. And here we are not talking talent but commercial clout that ropes in an audience on their name.

The only survivor from the 1990s heroines has been Kajol, who still commands attention whenever she features in a project. Whether it’s a small role in Tanhaji: The Unsuing Warrior or a short film like Devi, she does generate curiosity among film buffs.

Here are the other stars who stayed the course and remain relevant at least for 20 years after their debuts.

From the 1980s, the man who remained in the reckoning for two decades is Sunny Deol (debut in 1983) whose last hit was the 2011 blockbuster Yamla Pagla Deewana. He has just signed his latest solo film, a South remake. Let us not forget that Sunny’s biggest hit ever, Gadar—Ek Prem Katha, came 18 years after his debut and got the highest footfalls for any film between 2000 to 2009, chalking up a higher score than 3 Idiots! After this, he has given the super-hit Yamla Pagla Deewana in 2011. Today, Deol still has a huge fan-base in Punjab, UK and Canada in particular. 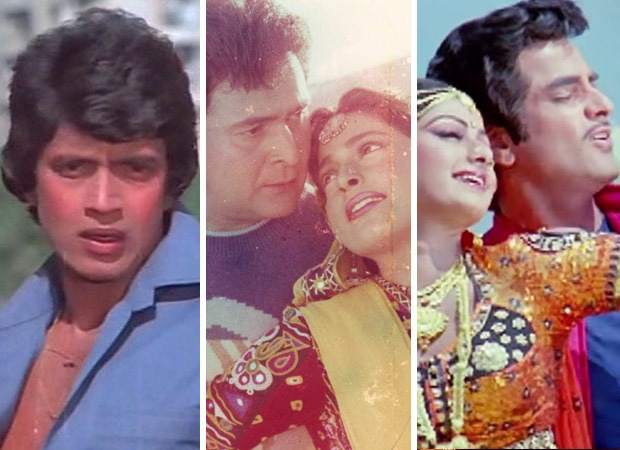 From the 1970s, Mithun Chakraborty stayed the course after his 1978 debut with Suraksha—Gunmaster G-9. This, however, was also because the “Ooty film factory phase” as it was called, began in 1997 with films like Shapath and Chandaal and the gravy train, as the Americans term it, chugged on for a few years more. Mithun would star in B-grade actioners opposite buxom starlets and budgets would be tight and many films made money!

Rishi Kapoor was the other survivor from the decade, the only actor who withstood the Amitabh Bachchan-Angry Young Man onslaught. After his debut in 1973, in his 20th year, he gave two big hits with contemporary directors and co-stars, Deewana and Bol Radha Bol. Sadly, like his uncle Shammi Kapoor, his portly figure and a selection of bad films caused his career to decline after that.

In their own limited way, Sunil Dutt (debut in 1955 with Railway Platform), Vinod Khanna (1968 start as a villain in Man Ka Meet and as a lead in Nateeja, both flops) and Shatrughan Sinha (featured debut in 1970 as villain in Khilona and Raton Ka Raja) did command a certain clout, at least in ensemble-cast films 20 years down.

But the beginning of the ‘Sixties belonged to Dharmendra (1960), whose last solo super-hit came 27 years later in Hukumat, the biggest hit of 1987. The He-Man also featured in five more multi-hero hits that same year. He continued to matter until the early 1990s when his (bad) films began to flop, though he was basically keeping busy to earn money to build his studios in Mumbai (Sunny Suepr Sound) and a planned outfit in Khandala.

Manoj Kumar (1961) got his last burst of fame both as actor and filmmaker in Kranti (1981). Shashi Kapoor (1961 again) continued to be relevant as a leading man until the early 1980s with films like Baseraa and Bezubaan doing well and his multi-hero films like Kranti and Namak Halaal proving super-hits.

From 1964 began the success story of Jeetendra, whose breakthrough (Farz) may have taken three years but who continued to matter all the way to the late 1980s, getting a fresh wave of success after the 1983 Himmatwala. 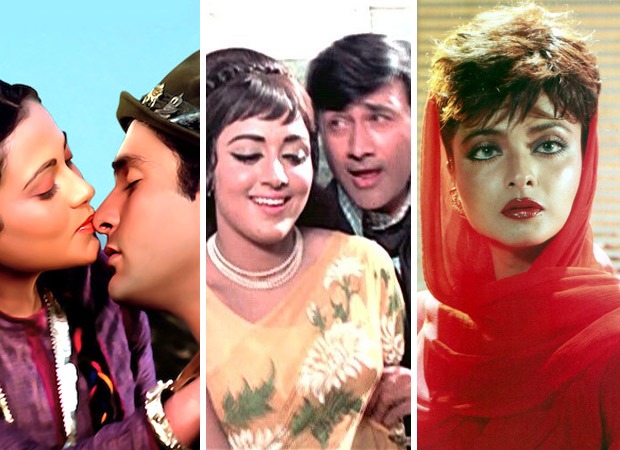 As for Amitabh Bachchan (1969), nothing need be said! And the same holds true for the Big Three of the 1940s—Dilip Kumar, Raj Kapoor and Dev Anand, though among them Raj’s last hit as an actor was in 1964 in his own Sangam. But as a filmmaker he remained in the high reckoning, after starting out in 1948 with Aag, all the way to his swan song, the 1985 Ram Teri Ganga Maili.

And Dev Anand gave his two career-biggest hits, Johny Mera Naam and Amir Garib, in 1970 and 1974, the first coming up 24 years after he started out!

Last but not the least; Ashok Kumar was as relevant in and after 1956 as a hero when he had begun with Jeevan Naiya in 1936. From the mid-1960s for almost two decades more, he remained a big star among character artistes, his name top-lining the cast of many big movies, even as a protagonist (Victoria No. 203 and more).

The list of heroines was, however, very restricted. This had cogent causes: actresses quit after matrimony (Nargis, Vyjayanthimala), due to ill-health (Meena Kumari, Madhubala, Sadhana) or other causes. Most simply fell victim to the general “belief” in the industry that heroes needed a supply of younger faces and the existing ones had to switch to older roles, especially if they got marreod and still wished to work. Waheeda Rehman (1956) was a case in point: she looked as young and beautiful in the early 1980s, but she was already a mother on screen (Kabhi Kabhie, Trishul), or she would have had no work!

The only exceptions to this unhealthy situation came from the two Southern women who battled this clichéd convention resolutely: Hema Malini and Rekha. However, they too had to do a different kind of role after 20 years, and survived commercially on a few central roles, like Hema Malini in Kudrat Kaa Kaanoon (1987) and Rekha in a slew of vendetta movies led by Khoon Bhari Maang and Phool Bane Angaarey. It was relevance, but with a “Conditions Apply.”