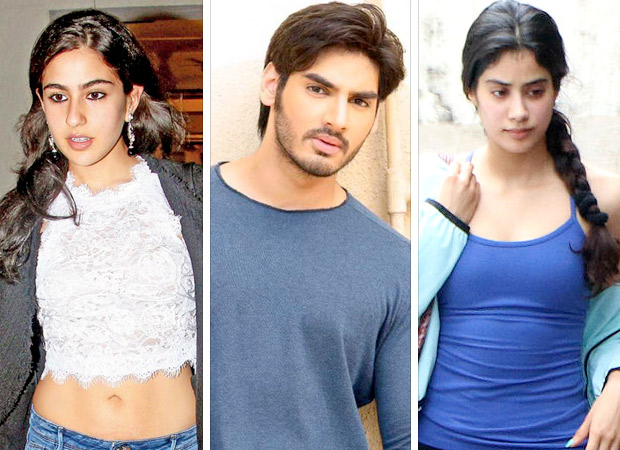 Some of the biggest names are making their debut. Here is Subhash K Jha's pick for the hottest debutants of the year

1. Ishaan Khattar: Shahid Kapoor's stepbrother is being singled out as the single-most talented male newcomer of the industry. Karan Johar has been telling his friends that Ishaan is even more talented than his star-brother Shahid Kapoor. The bright youngster has already made his debut in the celebrated Iranian director Majid Majidi's A Walk In The Clouds. He makes his Bollywood debut with Karan Johar's Dhadak a remake of the Marathi blockbuster Sairat. Among the filmmakers who are planning films with Ishaan are Rakeysh Omprakash Mehra, Aditya Chopra and Sajid Nadiadwala. And yes, Karan Johar wants to cast the two brothers Shahid and Ishaan together in a film with "lots of dancing, lots of masti." Can it get any better for any newcomer?

2. Sara Ali Khan: Is she going to be the first female Khan superstar? Years ago when Sara Ali Khan auditioned for a role in Sanjay Leela Bhansali film, she was a cute plump child. Now a svelte young lady, Sara is all set to storm the box office with her career-creating role in Abhishek Kapoor's Kedarnath, a film where plays a haughty heiress, a la her mom Amrita Singh in her debut film Betaab. Director Kapoor predicts Sara will take the film industry by storm. We've no reason to doubt him. Sara is so spontaneous on screen that she has already impressed her Kedarnath producer Prernaa Arora enough to zero on her for another film. Way to go, Ms Khan.

3. Jahnavi Kapoor: Superstardom is in her genes. How can Sridevi's daughter go wrong? Jahnavi Kapoor is doing Karan Johar's Dhadak with Ishaan Khattar. And the reports from the location are, in one word, overwhelming. A key member of the Dhadak team says, "Jahnavi has a reflexive and rare understanding of the camera. She is what I'd call a natural. She knows exactly what to do, and what effect every expression of hers has on the camera." While Dhadak is going to be her debut, her second film will be produced her proud father Boney Kapoor.

4. Ahan Shetty: Suniel Shetty's daughter Aathiya made her not-so-impressive debut with the remake of Hero. Now it's Suniel's son Ahan's turn. Producer Sajid Nadiadwala who launched Jackie Shroff's son Tiger has taken the responsibility of launching Ahan in an all-out action film, which is going to be a remake on Nadiadwala's Salman Khan starrer Jeet.

5. Meezan Jaffery: Javed Jaffrey for all his talent could never make it as a leading man. His son Meezan will do the needful. So predicts Sanjay Leela Bhansali who will produce Meezan's debut film to be directed by Mangesh Hadawale. So far so familiar. But here's the secret no one knows. Meezan will be launched opposite Ayesha Takia's sister Natasha.

6. Ananya Pandey: Another Karan Johar discovery, she is Chunkey Pandey's daughter, so pretty that Farah Khan was compelled to wonder how she could be Chunky's daughter. We wonder on similar lines when we see Farah's adorable triplets. Ananya will be joining Tiger Shroff in the sequel to Student Of The Year where the debutante play a character where "Kareena's Poo in Kabhi Khushi Kabhie Gham meets Alia's Shanaya in Student Of The Year."