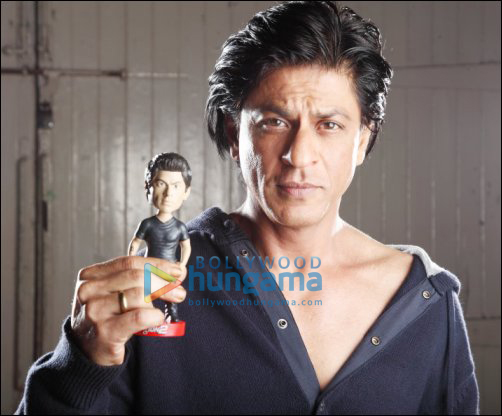 These days, as the competition rises every passing minute, innovation has indeed become the call of the day. The recent times have seen

many films coming up with unique and
state-of-the-art merchandise. The latest one to come up with one such merchandise is Sohal Khatwani, owner of Headknockin Company, a company that

manufactures bobblehead figurines. This company has been chosen to make the official 'bobblehead' figurines of SRK's character from Don 2 that will

soon hit the market. SRK's will be the first bobblehead figurine to be made of any Bollywood star.

Speaking exclusively to Bollywood Hungama, Sohal said, "I had this concept in mind for some time and have been working on it since the last 6 months.

It's really popular across the world. And almost any international movie star, sports personality or icon has a bobblehead."

When asked about SRK's reaction to this concept of bobblehead, Sohal said that, "SRK is an extremely kind person. He told us, 'Guysâ€¦All the best. God