Just as we speak, Sridevi’s mortal remains are carried to Pawan Hans Crematorium and the final rites have begun. The last journey of India’s first superstar has come to an end. There is maddening crowd in Andheri, Juhu area and fans can’t help but bid a tearful goodbye to their favourite superstar. Who’s who of the industry came at Celebration Sports Club to pay homage to Sri. Now, Shah Rukh Khan, south superstar Chiranjeevi has joined the procession to Pawan Hans. A truck has been decorated with the Chandni actress’s white flowers. Entire Kapoor family has put up a united front in the event of this tragedy. While step brother Arjun Kapoor has been seen supporting Janhvi Kapoor and Khushi Kapoor and his dad Boney Kapoor in these dark times. 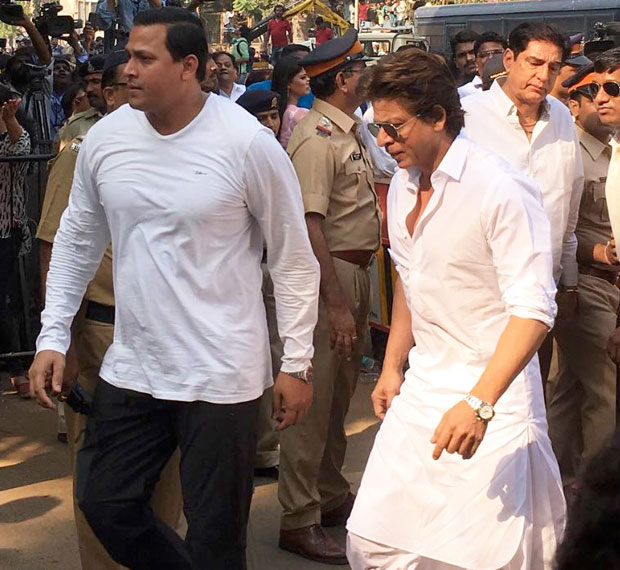 While Sridevi’s death came as a shock to masses, she was given a farewell befitting a royal. Having being awarded the Padmashri by the government, the state made sure that she got an official farewell. Police band was deputed at the venue and the actress was wrapped in tricolour. Sonam Kapoor, Vidya Balan broke down at the venue while Hema Malini described that Sridevi looked serene and completely at peace. She also mentioned that the proceedings were smooth and well managed by the family.

For those who don’t know, Sridevi’s body was released only after completion of tedious procedure undertaken by the Dubai authorities. Husband Boney Kapoor and brother in law Sanjay Kapoor and Arjun Kapoor brought her back to Mumbai last late evening. Well, while we still wrap our heads around this catastrophe, we pray that her soul rests in peace finally.