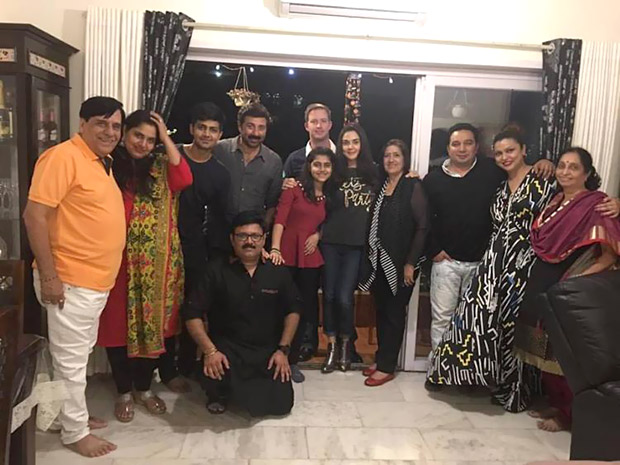 Ever since the time the Sunny Deol-Preity Zinta starrer Bhaiyyaji Superhitt had got announced, it has been making news for some reason or the other. Readers may know that the film has been in the making for a long time now.

Recently, Preity Zinta was spotted alongwith her husband Gene Goodenough, Sunny Deol, choreographer Ahmed Khan and others, who posed for a ‘group photograph’. While Bhaiyyaji Superhit is being directed by Neeraj Pathak, the film also stars Ameesha Patel, Arshad Warsi and Shreyas Talpade in the lead roles. The film is slated to release this year.