Fans have been eagerly waiting for Rohit Shetty's Sooryavanshi. We've already got glimpses of Akshay Kumar and Katrina Kaif's looks from the film. Both the actors keep dropping BTS pictures, making us even more curious as to how it is shaping up. Katrina recently took to Instagram to share a photo with Rohit and Akshay. The three, standing by the sea, are seen breaking out in a hearty laughter. Katrina, dressed in a blue saree, looks gorgeous as ever! 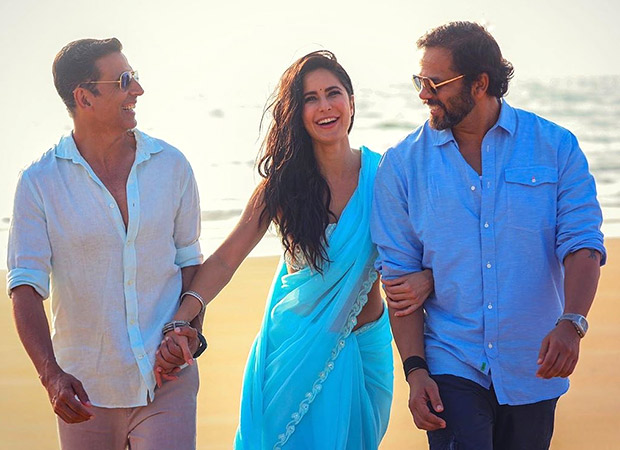 After the Singhham franchise and Simmba, Sooryavanshi is a grand edition to Rohit's big, bad cop universe. While Akshay will be seen playing a top cop in the film, the filmmaker's past cop heroes i.e. Ajay Devgn and Ranveer Singh will be seen making s very special appearance too!