The Kapil Sharma Show will start airing new episodes tonight after a gap of four months. The team resumed shooting about two weeks ago. They took all the necessary precautions and followed the guidelines set by the state government while shooting. 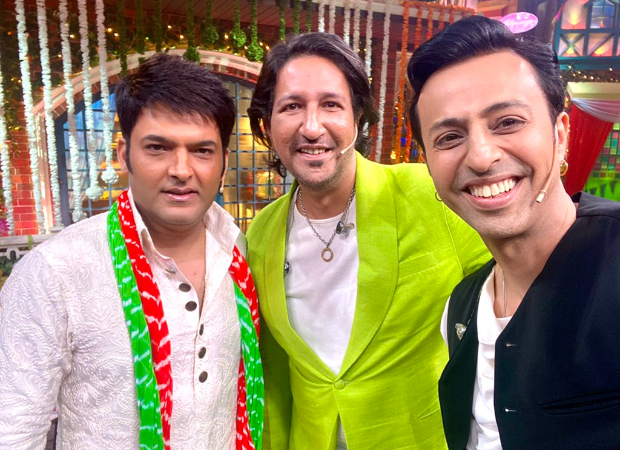 The first episode of the show hosted by Kapil Sharma will see actor Sonu Sood as the guest. He has been in the news for his exemplary humanitarian work. The team has also shot with the musical duo Salim-Sulaiman. Salim Merchant took to his Twitter handle to share a picture with Suleiman and Kapil from the set of the show. They shot for the episode on Eid. “Eid Mubarak everyone! Celebrated Eid today with my brother @KapilSharmaK9 &@Sulaiman! Always a pleasure to be on @TheKapilSShow #tkss,” he wrote.

Responding to the post, Kapil wrote, “Thank u for coming bhai Hugging face hamesha ki tarah bahut mazaa aaya. Give my regards to everyone at home Folded hands Eid mubarak”.

Meanwhile, talking to a tabloid, Kapil Sharma said that since movies will not be releasing in theatres soon, the frequency of film celebrities on the show will be less. He also said that they have shot with Parmeet Sethi (Archana Puran Singh’s husband), Krushna Abhishek’s wife Kashmera.