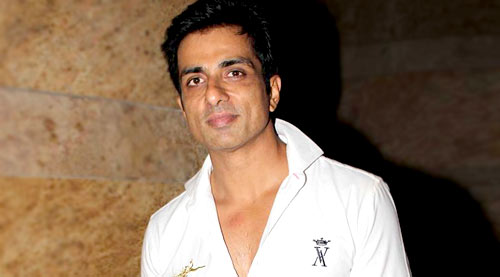 After the release of his big-ticket picture Happy New Year (HNY) Sonu Sood has pressed the 'pause' button in his career'. The actor who has so far worked extensively in Hindi and Telugu films has for now stopped signing new films.

The idea is to watch the audience and film-trade's reaction to his performance in HNY and to take his career to the next level.

Says Sood, "I am looking at HNY as a cut-off point in my career. I am hoping that one phase of my professional life has ended and a new one will begin. I've therefore signed no films after HNY. I want to see the reaction to my performance as one of the film's protagonists."

Sood confesses the confidence to take such a big decision comes from Shah Rukh Khan. "It is to his credit that he gave me prominence in all the promotion and marketing of Happy New Year. He praises my performance at every given opportunity. That has boosted my self confidence. I've done dozens of Hindi Telugu and Tamil films in strong supporting roles, both negative and positive. It's time for me to take the lead now."

Hopefully HNY would do the trick for Sood. He has visited theatres and is overwhelmed by the response. "I can't believe audiences are clapping and cheering at my entry. It's almost unreal. It's time for me to indulge in some serious hero-giri."

Sonu Sood, so far regarded as a strong actor in second leads could be following in Vinod Khanna's footsteps towards the lead. Like Sonu, Vinod started his career in strong villainous and supportive parts and then graduated to the lead with film like Imtihaan, Satyamev Jayate and Lahu Ke Do Rang.

Says Sonu, "The break between what I've done before Happy New Year and what I'll do after would be decisive."