We all know that, ever since the announcement of Brahmastra, Ranbir Kapoor and Alia Bhatt have been constantly linked together. When they made their relationship public by attending the wedding reception of Sonam Kapoor and Anand Ahuja last year together, the rumours of the Kapoor-Bhatt wedding has started fueling up. With many predictions claiming that the two will tie the knot this year, everyone including the celebrities themselves has maintained that it is false. Now Alia’s mother and actress-filmmaker Soni Razdan speaks up about the wedding rumours in recent reports. 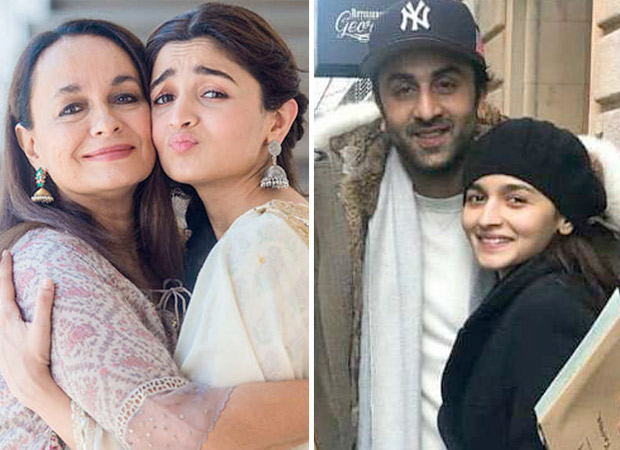 And like other parents and Alia Bhatt – Ranbir Kapoor themselves, Soni Razdan too has denied that there is any truth to these rumours. Calling them baseless, Soni maintained that while she does appreciate her daughter’s choice of partner, she wants the couple to take this decision. She clarified that she doesn’t interfere in her daughter’s personal choices. She also asserted that Alia will always have her blessings in whatever life path she chooses or whatever decision makes because for the doting mother, all that matters is her daughter’s happiness.

In earlier reports, Mahesh Bhatt too had maintained that while he indeed likes Ranbir Kapoor, he too prefers Ranbir and Alia to make their respective decisions when it comes to their relationship. The Kapoor family too has refrained from commenting on the marriage rumour of Ranbir Kapoor and Alia Bhatt. The celebrities have maintained that they are currently focusing on their career and haven’t decided much about taking their relationship to the next level.

Reports claimed that Alia Bhatt and Ranbir Kapoor are tying the knot this year. The two of them are currently shooting together for the sci-fi mythological film Brahmastra which interestingly brings them together on the big screen for the first time. The Ayan Mukerji directorial will incidentally feature Alia as Ranbir’s on screen love interest.

Also Read: Alia Bhatt CONFESSES that she always wanted everything to be MAGICAL with Ranbir Kapoor and her dreams came true!