Four days after giving birth to a baby girl, actress Alia Bhatt got discharged from HN Reliance Hospital. The actress returned home with her actor-husband Ranbir Kapoor and mother-in-law Neetu Kapoor. While fans are eagerly waiting to catch a glimpse of Alia-Ranbir’s infant child, Soni Razdan recently spoke about Alia and her newborn daughter. 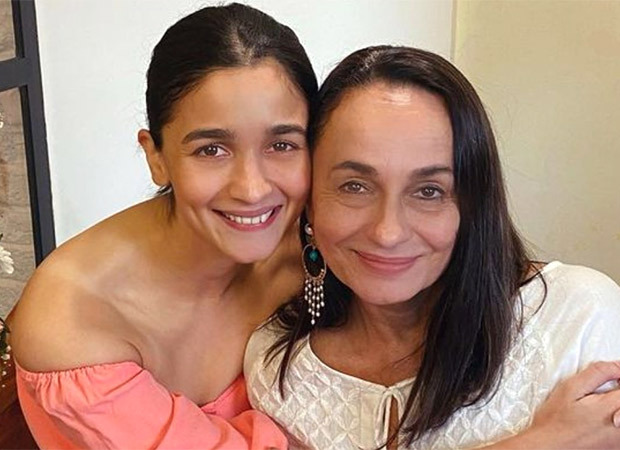 It all happened at the screening of Uunchai, which was hosted on Wednesday. Soni Razdan was one of the celebrity guests at the star-studded premiere of the Sooraj Barjatya directorial. During media interaction, Soni was asked about the newborn, and in her response, she said, Yeh keh saktey hai blessing hai, kudrat ka daan hai (We can say that the baby is a blessing for us. She is a gift of nature to us).”

Razdan further added, “We are just very very thankful and grateful that everything has gone off well. Baby is good, and the mother is good. Everybody is safe. Yeh sab dar hota hai jab kisi ko bacha hota hai (It creates a little bit of fear when someone is going to deliver a child). This is what we all prayed for everything should be okay.”

Concluding her interaction Soni stated that she shared “a lot” of tips with Alia during her pregnancy. She said, “Now, she is a mother, she has to discover a lot of things herself.”

For the unversed, Alia gave birth to a baby girl on November 6. She had tied the knot with her long-time beau Ranbir Kapoor in April this year and announced her pregnancy in June.