With the year 2020 being terrible for almost everyone, people are excited to start 2021 with a fresh perspective and attitude. Sonam Kapoor, who is in London with her husband Anand Ahuja took to Instagram to share a picture with the latter and revealed her New Year plan. 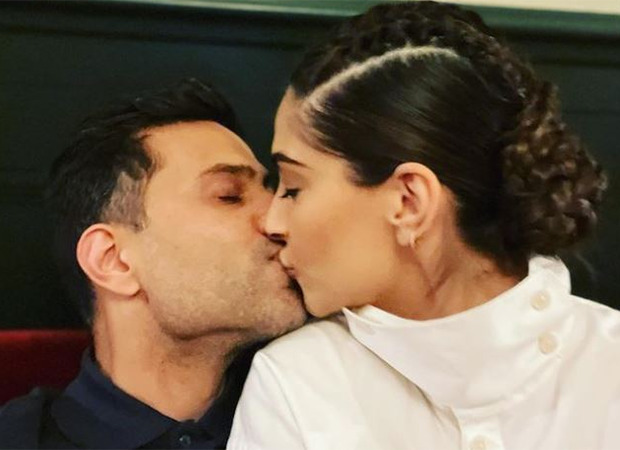 Sonam Kapoor, who has been living in their home in Notting Hill from the past few months shared a picture of her and Anand sharing a passionate kiss. Along with the picture, the actress also revealed her plans for the New Year. "2021 I’m ready to take you on with the love of my life. This year is going to be filled with love, family, friends, work, travel, spiritual growth and much much more. I’m only looking forward to having the best f***ing time of our life. We will work hard and live life to the fullest and we aren’t looking back at all...," she wrote.

On the work front, Sonam Kapoor's upcoming film titled Blind went on floors recently in Glasgow.  The action-thriller directed by Shome Makhija narrates the story of a blind police officer in search of a serial killer. The film promises to be an edge-of-the-seat crime thriller.

ALSO READ: Sonam Kapoor Ahuja reveals why Sanjay Leela Bhansali got upset when he realised she is Anil Kapoor’s daughter