Starring Sonakshi Sinha and Zaheer Iqbal, the recent single titled ‘Blockbuster’ by Dhamaka Records is gaining attention. The video of the song exudes an extravagant feel with an international vibe as it features luxury cars, outstanding outfits, suave dance moves, and more. Sometimes actors go the extra mile to get the perfect shot and sometimes, it’s easier said than done. In the case of the song ‘Blockbuster’, there was a scene that required the stars to be in a moving truck, and instead of doing the shot with effects, Sonakshi and Zaheer decided to shoot on a moving truck. 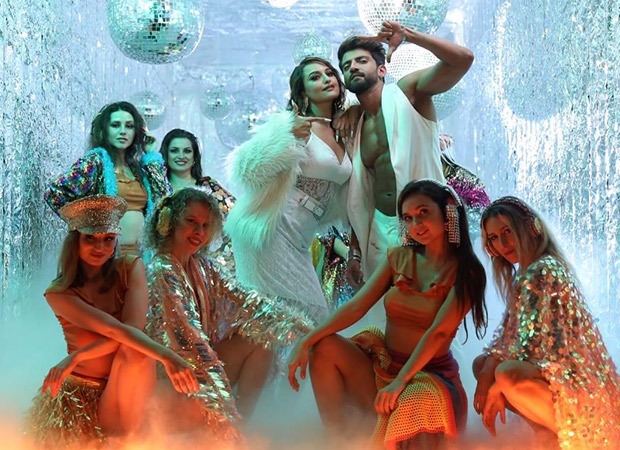 Sonakshi Sinha and Zaheer Iqbal recreate ‘Chaiyya Chaiyya’ vibes in their song ‘Blockbuster’; the actors dance on a moving truck

The scene in the song features the two actors dancing on a truck which definitely didn’t seem easy. Opening up about the challenge of the same Sonakshi Sinha said, “I really enjoyed working on the song and my most exciting scene was when we had to shoot on the truck. There were challenges as it is tough to deliver a shot on a vehicle but I'm glad we did it and I'm very thankful that the audiences love the track! We have made it with a lot of love and hard work. Dancing in the truck gave me full ‘Chaiyya Chaiyya’ vibes!”

Zaheer added, “It is definitely a challenge to shoot in a truck but we already had planned to do it for our audiences and give them something new and memorable. I am quite delighted that we could shoot the song as per our plan and fortunately, we nailed the shot in only a few takes! Blockbuster has really been a blockbuster with the audience and it’s fun to see all the reels that are made with the song too!”

Priyaank Sharma of Dhamaka Records shared, “We really wanted to do something unique and out of the box for the audience to experience a visual treat.  We wanted the vibe of a party in a truck and we managed to achieve that!" Yet another member from Dhamaka, Paras Mehta added, "We had a wonderful time shooting the entire song. Shooting on a truck was a task but we did it and it's really nice to receive so much love and praises for the song."

The song ‘Blockbuster’ released on September 23 and is produced by Dhamaka Records. It is sung by Ammy Virk and Asees Kaur and features Sonakshi Sinha and Zaheer Iqbal on a music video together for the first time.

Also Read: Photos: Sonakshi Sinha and Zaheer Iqbal snapped at the promotions of their song Blockbuster