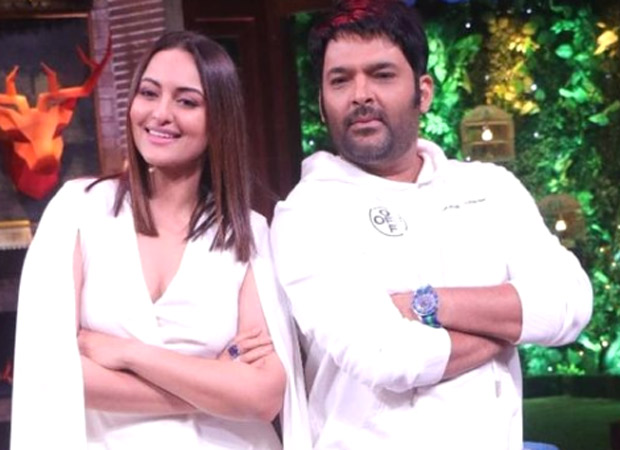 Sonakshi engaged with the show host, Kapil Sharma, in many light-hearted moments and fun banters. When Kapil asked Sonakshi about her relationship status during the show. Sonakshi confessed to being single and described the man of her dreams. The actress said that she would want to be with someone who is tall, honest and has a pure heart. She further talked about being a complete family person and that her parents mean everything to her. The actress admitted to giving all her paychecks to her parents.

Giving some glimpses from the behind-the-scenes video, Kapil gave a preview of the episode and his chemistry with Sonakshi. The comedian shared his first ever reel on instagram with the actress, dressed in white outfit. While she lip syncs the lines of her new song, Kapil interrupts, “Milne aate hain to aapke pitaji kahte hain khamosh (when someone comes to meet you, your father shuts him up)." To this Sonakshi punched him in good humor. Born to veteran actor Shatrughan Sinha, Sonakshi also slapped him and said “Khamosh (Silence)” in her father’s style.

Kapil also lauded Sonakshi for her outstanding performance in the cinemas and spoke about her drawing skills and shared pictures of some masterpieces made by the star which the actress auctioned to raise funds amid the pandemic. In the end, Kapil and the entire team along with Raashi and Sonakshi celebrated the success of the song.

A post shared by The Kapil Sharma Show (@tksshowofficial)

On the work front, Sonakshi was last seen in the war film Bhuj: The Pride of India, led by Ajay Devgn. The film will be streaming digitally, next year. Up next, Sonakshi will be seen in the horror-comedy Kakuda, which co-stars Riteish Deshmukh and Saqib Saleem.

Also Read: Sonakshi Sinha is an absolute vision in white