Sonakshi Sinha is known to have a stunning screen presence ever since her debut in Dabangg opposite Salman Khan. Besides movies, Sonakshi also recently took up painting and has been surprising fans with her artistic abilities. 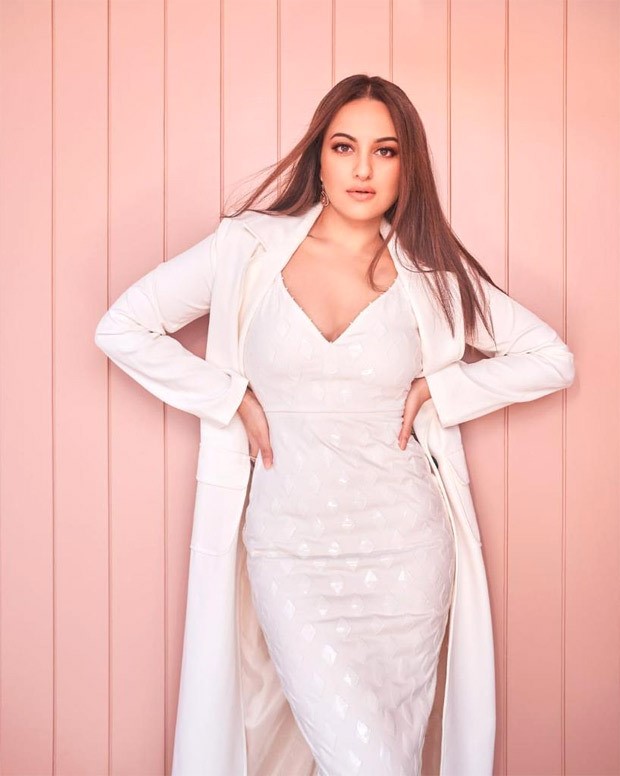 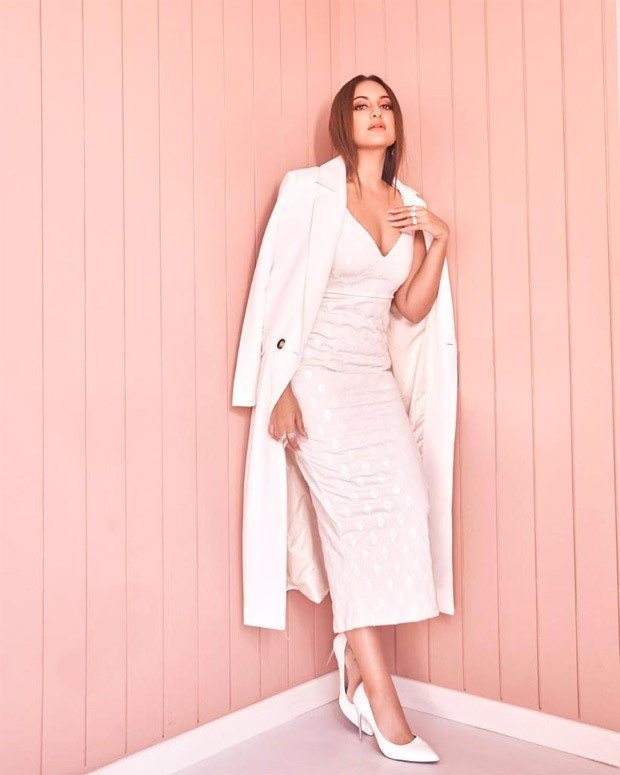 Sonakshi uploaded a reel on her official Instagram handle dressed in an all-white outfit. She is seen wearing a sequin, sleeveless midi dress with a sweetheart plunging neckline. She topped the look with a white quilted trench with vintage buttons. She completed the look with white pointy pumps. How can one ever go wrong with that? Sonakshi made quite a fashion appearance with this look, as she makes monochrome look so effortlessly chic. Her makeup was Smokey with her hair poker straight, with shimmer eye shadow and heavy mascara laden lashes. 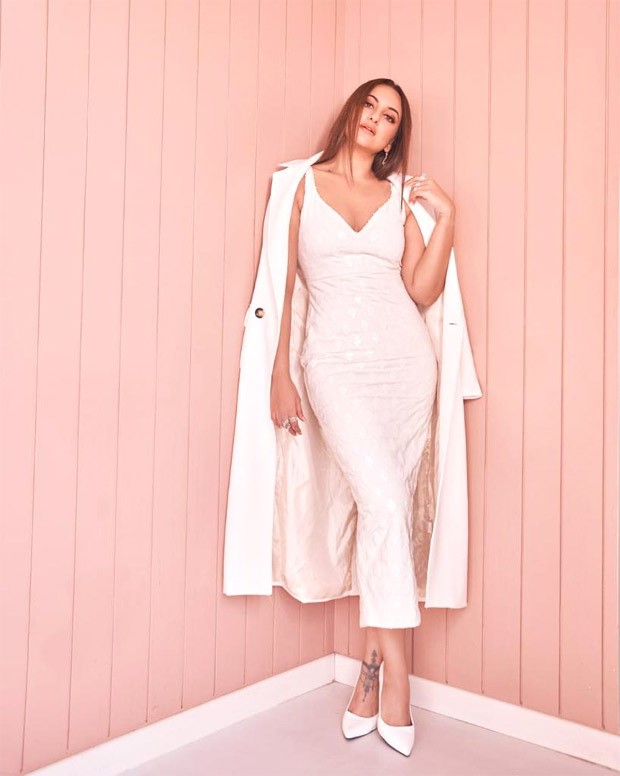 Sonakshi Sinha was last seen up on the silver screen with superstar Salman Khan in the third installment of the Dabangg franchise. Sonakshi started her career with the Dabangg franchise and the film ended up becoming a blockbuster. Sonakshi will be next seen in Ajay Devgn led patriotic tale Bhuj: The Pride of India which is releasing directly on a digital platform. She has also signed a horror-comedy alongside Riteish Deshmukh titled Kakuda. Sonakshi has wrapped up the principal photography on her first web series tentatively titled Fallen, which is directed by Reema Kagti. She is playing the role of a cop.