The nominations for the 66th Filmfare Awards on were announced March 25 night for all the films that were released in 2020. Actress Sonakshi Sinha, who did not have any film releases in 2020, naturally did not make it to the nominations. However, she still has her own Filmfare award. 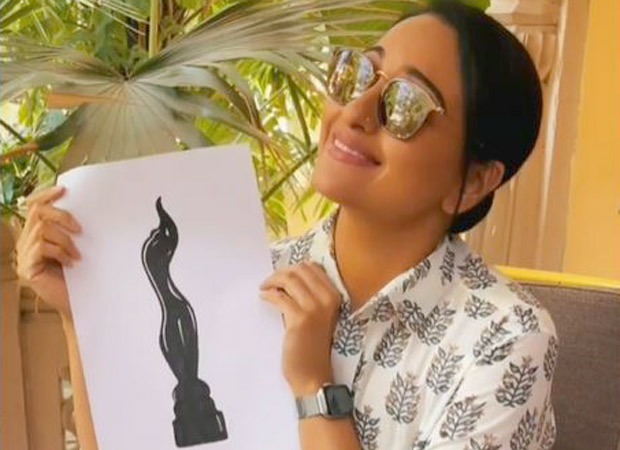 Apart from being an actor, Sonakshi is also a talented painter. She has often shared a glimpse of her work on social media This time she drew the coveted Filmfare Award on paper.

On Saturday afternoon, Sonakshi took to Instagram to share a video of her drawing the Filmfare award and the final result looked perfect. "Couldn't make it to @filmfare so Filmfare made it to me ????????????," she captioned the video with ‘Meri Sapno Ki Rani’ song playing in the background of the video.

On the work front, Sonakshi Sinha was last seen in the 2019 release Dabangg 3. She will next be seen in the film Bhuj: The Pride of India which will premiere on Disney+Hotstar. She is currently shooting for an Amazon Prime web series with Reema Kagti in which she plays a police officer.