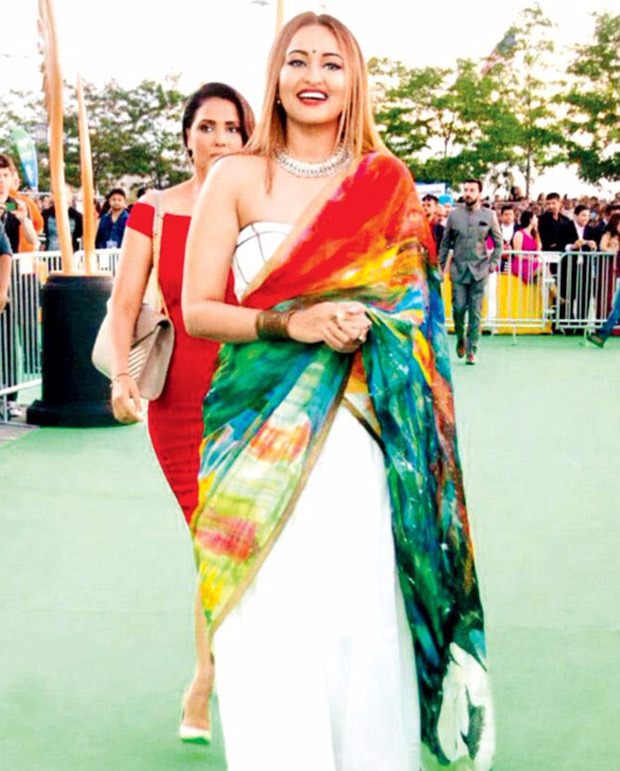 Times are difficult for our celebrities, especially while making public appearances. Almost all the stars take real good care to ensure that they look prim and proper, their hair is done nicely and their clothes are likeable. Or else, the fashion police can tear apart their look and if people lap these reports up, it can go viral too. Many of our celebrities have fallen prey to such trolling.

The latest victim was Sonakshi Sinha. She was spotted wearing a multi-coloured floral saree for the IIFA Awards 2017 that was held last month. The outfit was unusual and obviously, she received flak for it. But now Sonakshi Sinha has revealed that she wore the saree as part of the shoot of her upcoming film Crazy Hum, which is based on the happenings of the IIFA Awards. She also assured that people will understand the rationale behind wearing the saree once they see the film.

Talking more about Crazy Hum, Sonakshi Sinha revealed that her long standing association with IIFA organizers, Wizcraft Entertainment, prompted her to give her nod for the film. Also, she found the concept interesting despite being bizarre. Sonakshi found it amusing that nobody knew that an actual film was being shot live on the green carpet. It also became a bit awkward and even funny for Sonakshi Sinha as fans were calling out to her but she couldn’t react as she was in character.

Crazy Hum is co-produced by Vashu Bhagnani and also stars Diljit Dosanjh. Salman Khan and Aditya Roy Kapur have shot cameos for this film as well.