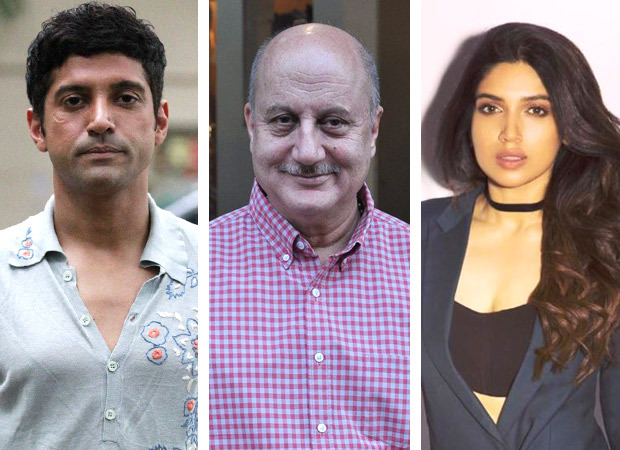 The nation came together to applaud the judicial system on Friday when Dera Sacha Sauda chief Gurmeet Ram Rahim Singh was found guilty of rape in a case that was registered in 2002. The written complaint, on the basis of anonymity, was written by two female followers that stated that the 'godman' had sexually exploited them.

Bollywood stars such as Farhan Akhtar, Anupam Kher, Bhumi Pednekar, Esha Gupta and Raveena Tandon, among others have praised the court's judgement against Gurmeet Ram Rahim Singh. But, they also condemned the riots by his followers.

I hope my friends and family are all safe in Chandigarh.Its a very sad state of affairs.Be safe ????????

Again.. riots in the name of religion.. #RamRahimVerdict.. prayers with all those stuck in the riots stricken areas/states ????????

The way the followers are reacting,rioting,itself proves what the cult was all about...saddened to see such shameful goons on the loose . https://t.co/HndVy2CjXB

Attach all Dera properties and sell them to compensate the national loss by arson and vandalism. Shame Gurmeet followers. No respect for you pic.twitter.com/Tgl03SYTpt

Violence is what #GurmeetRamRahimSingh seems to have taught his followers. This is nonsense & Govt. needs to use full force to STOP it NOW.

How insecure & psychologically-impaired does one have to be, not to be able to see past so-called "godmen" of all religions? Tax-free thugs.

I hope he stays in jail long enough to see every one of his Nutjob followers lose enthusiasm, go back to life, and forget about him.

Thanks to our judiciary democracy lives on. #Pride.