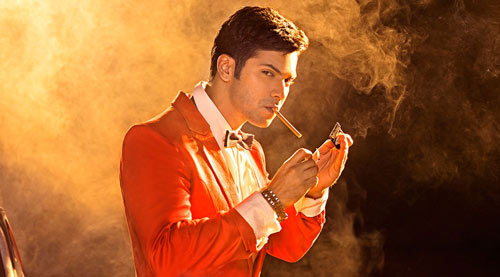 Badlapur has scored and is now set to be Varun Dhawan's fourth straight film to enter the Rs. 50 crore club (after Student of the Year, Main Tera Hero, Humpty Sharma Ki Dulhaniya). At Rs. 46 crores in two weeks flat, it is already second highest grosser of 2015 so far after Baby. The success is only sweeter for producers Dinesh Vijan and Sunil Lulla, since it is a rare 'A' rated success.

While all associated with the film are naturally happy with the film, Varun Dhawan stuns by acknowledging that many from both within as well as outside the industry were carrying a sense of negativity around him as well as Badlapur.

"There was a lot of pressure that I felt right through the making of Badlapur. As a matter of fact ever since I signed the film, there was a lot of baggage that I was carrying with me. There was some level of negativity for sure. A lot of people wanted me to fail as well. However, there were well-wishers too who believed that I would be successful," says Varun in a candid conversation.

Today, when the film is doing well and there have been debates around good v/s evil, as shown through the eyes of Nawazuddin Siddiqui as well, Varun Dhawan gets a tad philosophical about the point of Badlapur been made.

"It was never about this role being dark or bright; I don't agree with such classification. This is life, people live and die, a child is born and eventually everyone has to die. You have to leave the world. You may not want to accept it but then that is the reality," says Varun in a soft tone.

The risk of projecting the grim reality, albeit in an entertaining fashion, seems to have worked.

"And I am glad it has because now we would be able to experiment more in films, just like the way we did with Badlapur," Varun adds in an excited tone, "Why should one show fantasy on screen all the time? It is important that audience see a different side of life as well. I have done three happy films already but then boss, life mein aur bhi bahaut kuch hota hai, ya phir ho sakta hai. One needs to be prepared mentally as well as emotionally."