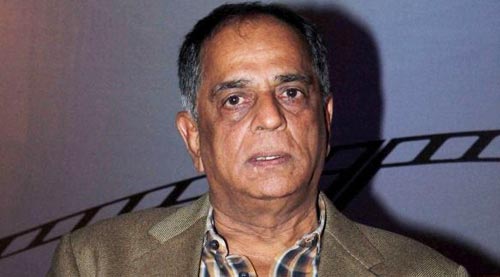 Two members of the Censor Board Of Film Certification (CBFC) Ashoke Pandit and Chandraprakesh Diwedi have leveled serious charges of autocratic functioning against the CBFC's chairperson Pahlaj Nihalani. In an exclusive interview with Subhash K Jha Mr Nihalani replies to the allegations.

One of the CBFC board members Ashoke Pandit has levelled some very serious charges against you. Do you think it was right for Pandit to go public with his grievances?

I can't comment on what someone in the censor board thinks to be right or wrong. All I can tell you very categorically is that I've been working within the I&B and CBFC's guidelines. Maybe so far the censor board has been functioning in a different way. And some people don't like the fact that I've restored discipline and transparency in the workings of the CBFC.

The protesters in the CBFC say your style of working is tyrannical?

It's my duty to do my job to the best of my abilities. As long as I am the chairperson of the CBFC I won't compromise on my work and I won't buckle under pressure just because some people are uncomfortable with my way of working.

Do you think it was right of CBFC board members to go public with their grievances?

I don't want to comment on any individual. But if anyone chooses to go public with grievances against a governmental organization, he or she is working against the interests of the government. It's therefore ethically and legally wrong of them.

Has the I & B minister Rajyavadhan Rathore been informed about the revolt within the censor board?

If I answer that I'd be doing exactly what these other board members are doing. Let me just say the Minister is a very smart and an intelligent person. He knows exactly what people are doing and those who are going against the guidelines are definitely brought to his notice.

Mr Pandit claims you see every film on your own and decide what is to be done?

Firstly, as the chairperson I've right to either watch films personally as and how I want, or depute someone from the censor board to watch it. If so far, my predecessors have not been watching films personally, they were in the wrong. If I am doing the right thing now, if I am clearing as many as 5 films in one day, why are some members of the censor board getting jittery?

Your working method has diminished the chances of corrupt practices?

For the first time in the existence of the CBFC, I scheduled 5 films to be watched by the Revising Committee on the same day. Never before has the censor board watched more than one film on any given day. Is that not a good thing? We went out of the way schedule censoring of NH10. We didn't want to delay their March 13 release.

Both disgruntled board members Ashoke Pandit and Dr Chandraprakash Diwedi have accused you of being unfair to NH10?

Unfair? After seeing the film audiences are laughing at such accusations. We've gone out of our way to retain the violent flavour of the film. We've censored the film according to the script's demand. That's how every film will be censored. We only changed the dialogues a bit. I am a producer-director myself. I know what cuts can be made without affecting the narrative. I wonder how CBFC board members commented on the picture without seeing it!

Even the film's producers including Anushka Sharma have been voicing protests against the CBFC?

After the film was censored the producers and directors said they were satisfied with the cuts. They appealed to let us not cut certain scenes. All of us 9 members conceded to their appeal for the sake of their creativity. We will deal with every film on an individual basis. NH10 needed the violence. The social message is strong here. The producers were happy. I don't know some of the CBFC board members are unhappy.

Are you saying Ashoke Pandit and Diwedi have commented on your censoring of NH10 without seeing the film?

If they had seen the film they wouldn't have said what that had to. I don't know what they are talking about. From the day I've taken over as chairperson of the CBFC they've ganged up against me. Without the permission from the I &B ministry they've been publicly commenting on the internal workings of the CBFC.

What would you say in your defense?

I don't have defend myself against such absurd charges. From the day I took over as the chairperson of the CBFC I've respected the opinion of each and every member of my censor board. I value their opinion. They've worked to clear the backlog of films to be censored. We've cleared all applications for censorship till March 4. Even the promotional clippings will now be cleared within 24 hours. The film industry should see the CBFC as a friend, not as a hostile force.

How do you plan to deal with the revolt?

By doing my duty and working honestly. I am not bothered with the naysayers. My work will speak for itself. As for the protesters, they're violating the rules of the I &B ministry by working against the interest of the CBFC. The Ministry will decide what to do with them.