Megastar Salman Khan is known to treat his millions of fans with a treat on Eid. On the auspicious occasion of Bakri Eid, Salman and his brother Arbaaz are all set to entertain their fans with the release of the first episode of the much-awaited talk show QuickHeal Pinch By Arbaaz Khan on QuPlay’s YouTube channel. 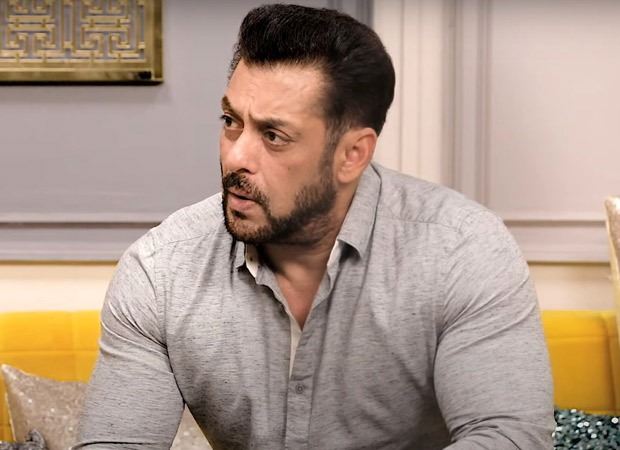 QuickHeal Pinch By Arbaaz Khan Season 2 is the newest addition to 2019’s chat show that targets trollers and spreads awareness about cyber-bullying by inviting celebrities as guests on the show. While the first season gained popularity, the audience was waiting for the show to make a comeback with its second season. Well, there could have been no better way to kickstart Season 2 with Arbaaz welcoming his elder brother Salman as the guest and confronting him with some 'Pinch'ing questions.

In the entertaining episode, Arbaaz put Salman in the spot by making him aware of his naysayers and trollers. Arbaaz read one of the comments which claimed that Salman lives with a wife and a teenage daughter in Dubai. "Kahan chhupa baitha hai darpok. Bharat mein sab jaante hain ke tu Dubai mein apni biwi Noor aur 17 saal ki beti ke saath hai. Bharat ke log ko kab tak murkh banaiga (Where are you hiding, you coward? All of India knows you're in Dubai with your wife and 17-year-old daughter. How much longer will you try to fool us)?," the comment read.

Responding to the question, Salman said, "This is for who?”. When Arbaaz assured him that the comment has been directed at him, Salman said, "These people are very well-informed. This is all rubbish. I don't know whom they've spoken about, and where they've posted. Does this person really think I'm going to dignify them with a response? Brother, I don't have a wife. I live in India, at Galaxy Apartments, since the age of nine. I'm not going to respond to this person, all of India knows where I live."