The grand wedding of Mukesh Ambani's daughter Isha Ambani and Anand Piramal saw all Bollywood A-listers, cricketers, politicians and business families under one roof. Saif Ali Khan attended the wedding with Kareena Kapoor Khan and Karisma Kapoor. There he bumped into Textiles Minister Smriti Irani, who revealed a pretty interesting fact which goes back to 23 years ago. 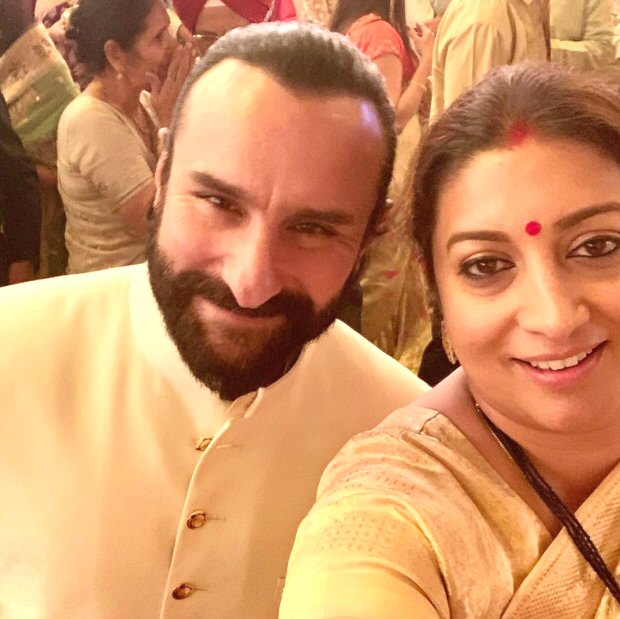 Before entering politics, Smriti Irani was a big name in the Indian TV industry. Her well-known role has been of Tulsi Virani in Ekta Kapoor's Kyunki Saas Bhi Kabhi Bahu Thi. Before the role, she was an aspiring actress who had moved from Delhi to Mumbai. Amid this, she met Saif Ali Khan, who was pretty new himself at that time.

Sharing a picture with Saif from the wedding, Smriti Irani revealed what advice Saif gave her 23 years ago. "23 years ago a rising Star gave a rookie from Delhi advice on how to survive in the chaos of the maximum city; a few tips here & there as to how her dreams can take flight. Little did he know the rookie will turn into a Jumbo Jet ????Thank you for the memories #saifalikhan," she wrote.