Sidharth Shukla and Hina Khan are two of the most popular contestants of Bigg Boss 14 from the previous seasons. The actors are known to have some of the biggest fandoms under their name and have been appreciated by their fans throughout the years. All set to make a comeback on Bigg Boss 14, Sidharth Shukla and Hina Khan along with Gauahar Khan will be seen playing an important role in the season. 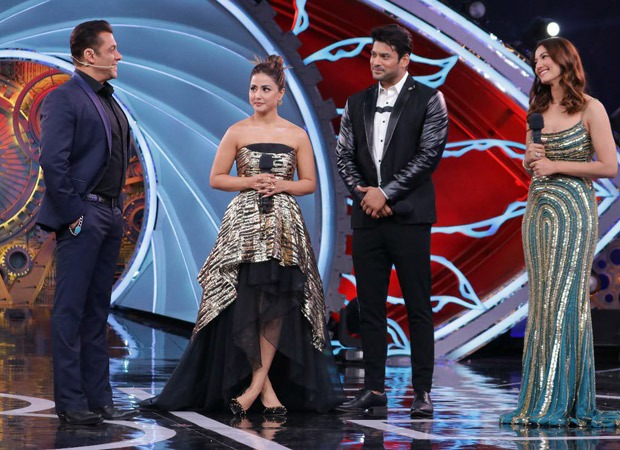 The latest pictures of Sidharth Shukla, Gauahar Khan, and Hina Khan from the Bigg Boss 14 Grand Premiere are sure to leave you in awe of them. Sidharth Shukla is seen dressed in a classic black and white tux, while Hina Khan mesmerizes in a black dress that has golden sequins work in animal print with a sweetheart neckline. Gauahar Khan on the other hand is seen dressed in a blue coloured gown with golden sequin work. The pictures from tonight have surely raised a lot of anticipation as to what the Salman Khan hosted show holds in store for its fans.

Take a look at their pictures.

Also Read:  Sidharth Shukla looks dapper as ever as he begins the shoot for Bigg Boss 14 Grand Premiere