On October 19 this year, Karan Johar's Student Of The Year clocked 10 years. Along with this, it also marked a decade of its star cast, Alia Bhatt, Sidharth Malhotra, and Varun Dhawan, in showbiz. While most of them took to their social media handle to celebrate it, Sidharth Malhotra missed his co-star Rishi Kapoor ahead of his 10th anniversary in the film industry. 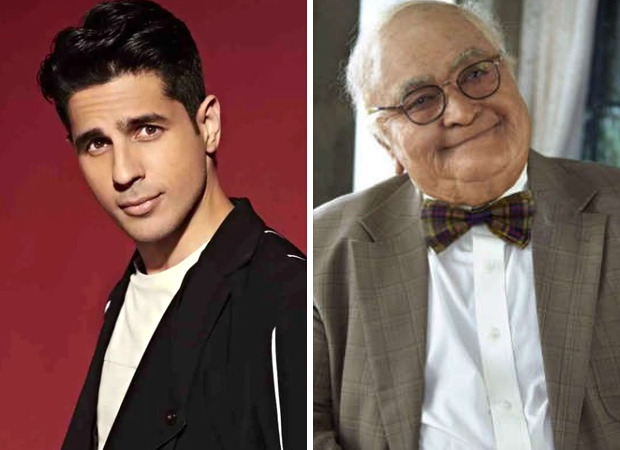 Sidharth is currently busy with the promotions of his upcoming film Thank You. In a recent interview with Pinkvilla for the same, the actor opened up about his affection for Rishi Kapoor. The publication displayed a snip from his film Kapoor and Sons, in which he played the character of Rishi’s grandson.

While calling the shot “lovely”, the SOTY actor asserted, “This (Kapoor & Sons) is my fourth or fifth film where I was still the junior most actor on the set. All of them were just so great in front of the camera that I have to up my game and just be part of it. It was mostly theatrical because we used to rehearse things.”

As the Baar Baar Dekho actor continued, he said, “We were all in one house and (had) so much to learn and improvise. This was me being the youngest in the family and being goofy, partying somewhat like how it would be my Delhi house. And this is Rishi sir after going through hours of makeup.”

Concluding the same, Malhotra said, “Of course lovely fond memories. He was in my first film as well. He was part of the Student Of The Year. If he was here then we all will be celebrating 10 years. Amazing memory with Shakun Batra and the whole cast and team of Kapoor and Sons.”

Coming to his professional front, as mentioned above, Sid is gearing up for his next Thank You. The comedy-drama will also feature Rakul Preet Singh and Ajay Devgn in the lead. Helmed by Indra Kumar, the film is slated to release on October 25.