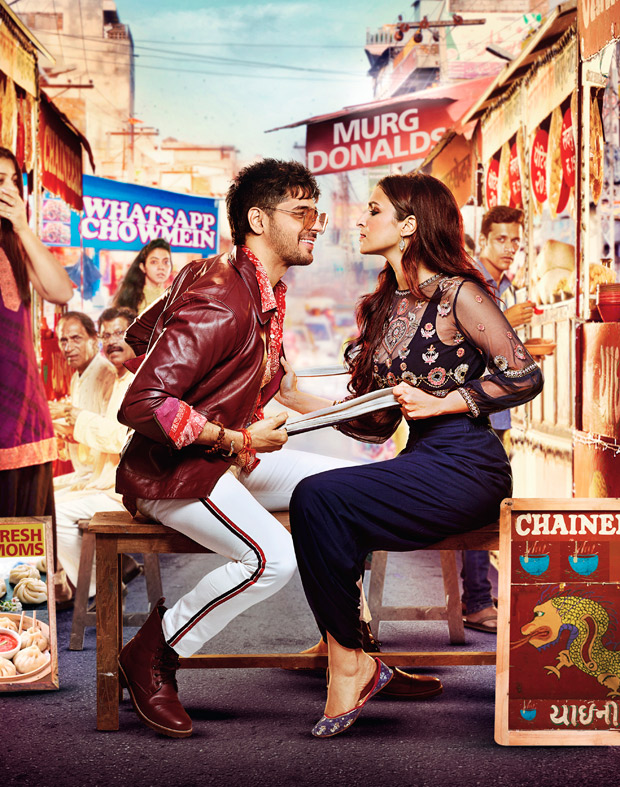 The makers of the film had made elaborate wedding decorations paying attention to all the details inside the tabela to make it seem authentic. If anybody would walk in and out of the shed, everything would go haywire. So, both Sidharth and Parineeti decided they wouldn’t move out of the location or go to their vanity vans during the break. Instead, everything was arranged inside the tabela for them. They also took shorter breaks and the shoot progressed at a brisk pace.

Jabariya Jodi presents an interesting take on Bihar’s pakadwa vivaah (kidnapping the groom to get him forcibly married), Sidharth Malhotra suggested the interesting name to the film. The film which went on floors a few months back is being shot in and around Lucknow.

Starring Aparshakti Khurrana as Parineeti Chopra's friend, Sanjay Mishra as her father, Neeraj Sood as her father's friend, Gopal Dutt as an inspector, Javed Jaffrey as Sidharth Malhotra's father and Chandan Roy Sanyal as his friend, Jabariya Jodi promises intriguing performances along with the leading duo, Parineeti and Sidharth.

Produced by Ekta Kapoor under the banner of Balaji Motion Pictures and Shailesh Singh's Karma Media Net, Jabariya Jodi directed by Prashant Singh is slated to release next year.