The promotions for Varun Dhawan and Sharaddha Kapoor starrer Street Dancer 3D have begun in full swing and the actors are elated and excited to show the film to their fans. Director Remo D’Souza has said that this is the biggest dance movie hailing from India so far and it has only increased the anticipation for the same. 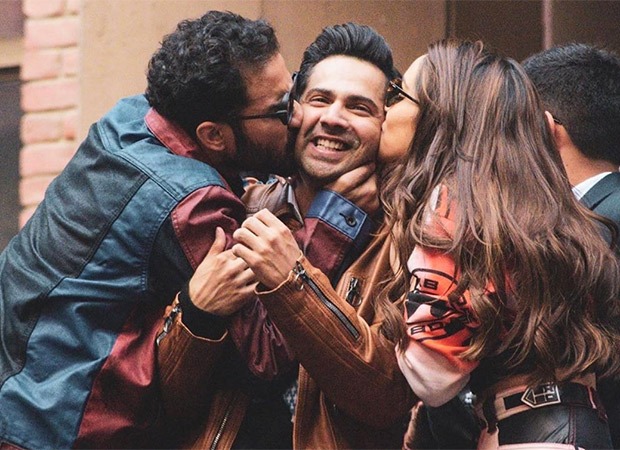 While the cast includes 20 professional dancers, Varun Dhawan admitted that they found it difficult to catch up to their pace. During the promotions, the Street Dancer 3D cast visited a well-known university and Shraddha shared the most adorable picture of all times! Shraddha and Raghav Juyal are seen kissing Varun Dhawan on his cheeks and Varun is just enjoying all the love showered on him!

Street Dancer 3D is slated to release on January 24 with T-Series and their producer.