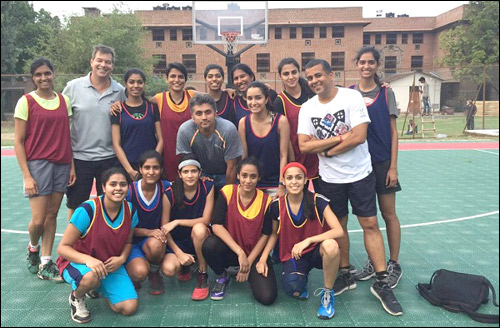 Readers may recall that we had reported about Arjun Kapoor and Shraddha Kapoor starring in the romantic flick Half Girlfriend, that's based on Chetan Bhagat's romantic novel by the same name. The first schedule of the film has already been shot in Delhi.

Half Girlfriend will see the duo of Arjun Kapoor and Shraddha Kapoor playing basketball in their college. A few days ago, Arjun Kapoor had even shared a video and the first look of his character Madhav Jha, practicing the game at the basketball court.

Recently, we came across a few photographs that had Arjun Kapoor and Shraddha Kapoor posing with the female basketball team along with the famed writer Chetan Bhagat.

Surbhi Jyoti is a bright sunflower in all…