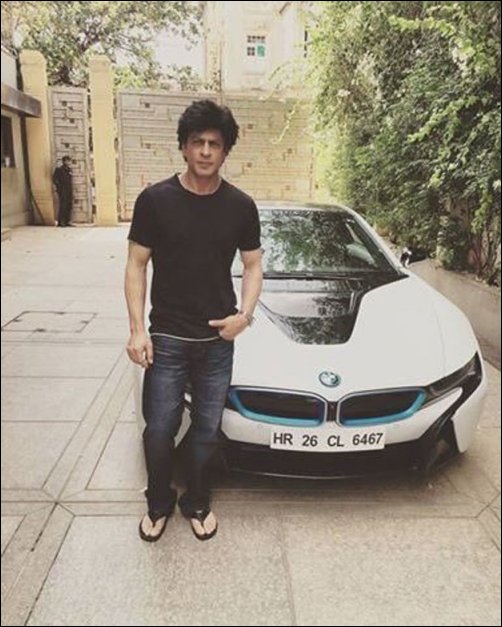 By now, its common knowledge that Shah Rukh Khan aka Bollywood's 'Baadshah' Khan, is a proud owner of many high-class cars. The latest addition to the impressive list of cars is the swanky BMW i8 model, which was delivered to his doorstep in Mumbai.

The car was personally delivered to Shah Rukh Khan by BMW Navneet Motors' director Sharad Kachalia himself. If the news reports are to be believed, then, the newly acquired BMW i8 (whose cost rumoured to be around Rs. 2.29 crore) will now be added to Shah Rukh Khan's already existing cars including the Audi A6, Bentley Continental GT and a Rolls Royce Phantom among others.

No sooner the luxurious car arrived at Shah Rukh Khan's residence, the superstar, then decided to take it out for a spin in Bandra itself.