Kundali Bhagya actress Shraddha Arya, who is tying the knot with Rahul Sharma in Delhi, looked stunning at her mehendi ceremony in a purple and yellow lehenga. The bride-to-be shared a glimpse of her flaunting mehendi and engagement ring on her Instagram handle. 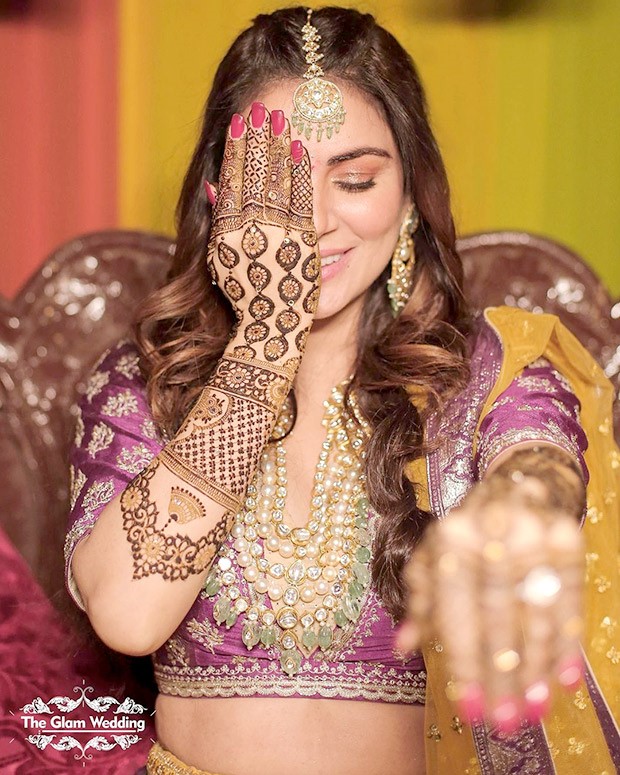 Shraddha is said to marry a Delhi-based naval officer named Rahul Sharma. With a few hours left for the wedding, Shraddha revealed that she was enjoying pizza with her friend, actor Heena Parmar. Apart from their midnight party, they were also seen dancing to ‘Gallan Goodiyaan’, from the film Dil Dhadakne Do.

Shraddha plays the lead role in the popular TV show Kundali Bhagya alongside Dheeraj Dhoopar. The actress was earlier engaged to an NRI named Jayant in 2015. The duo called off their engagement due to compatibility issues. The actress also dated Alam Singh Makkar, with whom she participated on Nach Baliye 9. However, a few months after the dance reality show concluded, the two ended their relationship.