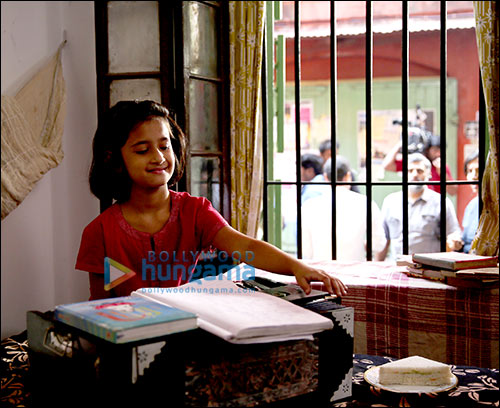 Not many outside the film's crew know this. But director Shoojit Sircar of Piku has given his daughter her first role in this hugely-applauded film. Revealing details of the little family secret Shoojit says shyly, "It's that scene where Bachchan Saab is cycling through Kolkata and he sees through a window, a girl playing the harmonium. That girl is my daughter."


Shoojit's daughter Anannya is all of 9, and very keenly interested in music. She is also a big fan of Shoojit's cinema.


Shoojit who is now in Kolkata says he is overwhelmed by the response to Piku. "We expected we'd touch a chord in every parent and child's heart. But we didn't expect the film would create such an impact."

What Shoojit was most apprehensive about was how the younger viewers and the critics would react to a film so Indian and so wedded to Bengali culture.


"To my relief and joy, the film has connected with every section of viewers. This, I find gratifying. We had set out to make an honest intimate film on a father-daughter relationship. We hadn't bargained for such widespread acceptance," says Shoojit.


Now what? "Just a break, to say a big grateful thanks to the powers that be for allowing a movie so simple and so Indian to work."