Shilpa Shetty is back with her famous 'Sunday binge' videos and treated the fans to a glimpse of her savouring a lip-smacking vada pao. The actress who recently wrapped up her comeback project Nikamma said that she could not resist the popular Maharashtrian street food. 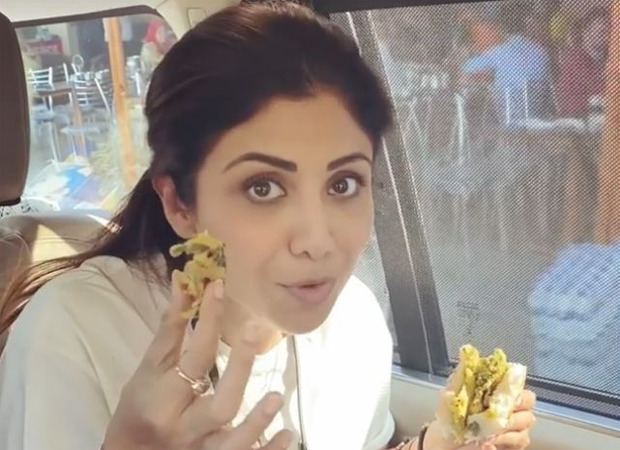 The Dhadkan star shared a clip on Instagram where she can be seen enjoying a vada pao while sitting in her car. In the video, she is heard saying, “Its Sunday, I can't resist vada pao, and these crisp spinach pakoras," as she fills her mouth with the snack. She also said that she is travelling back home from Karjat and this is her favourite binge food.

Two weeks back, Shilpa Shetty gorged on piping hot jalebis in Manali where she was shooting for Hungama 2, and shared a glimpse of her 'Sunday Binge' said that she just can't resist the deliciousness of the sweet.