Shilpa Shetty had her daughter through surrogacy and welcomed her to their home after her birth in February this year. While Shilpa has shared pictures of her daughter on social media, she has never shown her face.  Recently, for the first time, we got a glimpse of her adorable daughter. 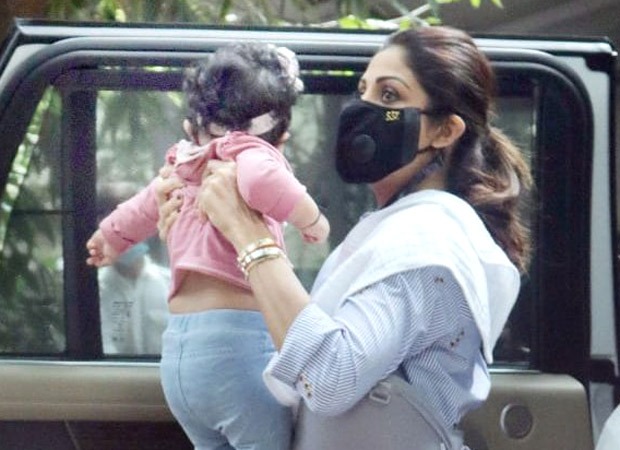 On Friday afternoon, Shilpa Shetty stepped out with her daughter Samisha. She was clicked by the paparazzi as she stepped out of the car. Pictures and videos of the toddler went viral soon after and netizens could not get over how cute she looks.

Shilpa Shetty and husband Raj Kundra welcomed their second child on February 15. They first became parents to their son Viaan who is now seven years-old. Sharing the happy news on Instagram, Shilpa shetty wrote, "Our prayers have been answered with a miracle… With gratitude in our hearts, we are thrilled to announce the arrival of our little Angel, Samisha Shetty Kundra.”

Meanwhile, on the work front, Shilpa Shetty will be making a screen comeback with the film Nikamma alongside Abhimanyu Dassani and Shirley Setia. The actress will be seen on the silver screen after 13 years. She will also be seen in Priyadarshan's Hungama 2.

ALSO READ: Shilpa Shetty says she is jealous that she was not a part of Anurag Basu’s Ludo; suggests an idea for the sequel