While Shilpa Shetty Kundra has been dedicating her time for yoga and fitness, her little son Viaan Raj Kundra is quite passionate about sports, especially WWE. Being the youngest and cutest fan of WWE legend John Cena, the little one recently got an opportunity to be a part of the Indian show that revolves around the sports and what more? Looking at his fandom, John Cena himself sent across a special message to him. 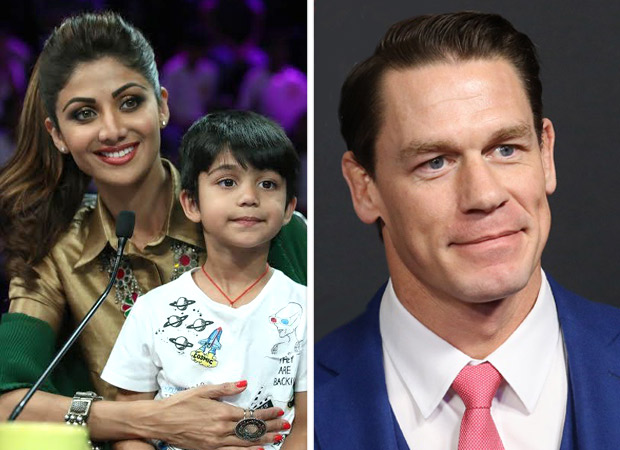 Needless to say, Shilpa Shetty Kundra is a proud mother as her son Viaan Raj Kundra has managed to leave John Cena awestruck with his knowledge on WWE. The little fan not only is an avid follower of the sport but is also a fan of the WWE legend and has expressed it in his social media posts. The 7 year old recently appeared in a talk show hosted by Gaelyn Mendonca wherein he not only answered the quizzes thrown towards him appropriately, but he also managed to leave the host quite impressed with it.

When John Cena was shown this video of his fan, the latter sent across a lovely message for his little fan. Needless to say, Viaan was on cloud nine when he received a response from his idol. Here’s a glimpse of the video of the show and we can also see the lovely message John Cena had for Viaan Raj Kundra:

After @TheShilpaShetty’s son, @ViaanRajKundra expressed his love for @WWE and his all-time favourite Superstar @JohnCena, he sat down to discuss this more with #WWENowIndia host @Ga3lyn and even received a special message from the 16-time World Champion. pic.twitter.com/0ebnDLIx0r

If that wasn’t all, mother Shilpa Shetty Kundra too took to the platform to express her gratitude towards John Cena. She said, “Omg! My son @ViaanRajKundra s first solo interview expressing his love for  @WWE and @JohnCena . I have noooo idea how he knows soooo much!!Thank you @WWEIndia for making his dream come true with that msg..”

Omg! My son @ViaanRajKundra s first solo interview expressing his love for @WWE and @JohnCena . I have noooo idea how he knows soooo much!!Thank you @WWEIndia for making his dream come true with that msg.. ???????? https://t.co/teGxZc4I7r

Also Read: When Shilpa Shetty got terrified of ducks and ran away…