After her stint in a reality show and a music video, Shehnaaz Gill recently walked the ramp at the Times Fashion Week. While this was her first ramp walk, where she took the opportunity to pay a special tribute to late musician Sidhu Moosewala. Shehnaaz walked the ramp with the Sidhu Moosewala song ‘Akhiyan De Samne’ playing in the background. 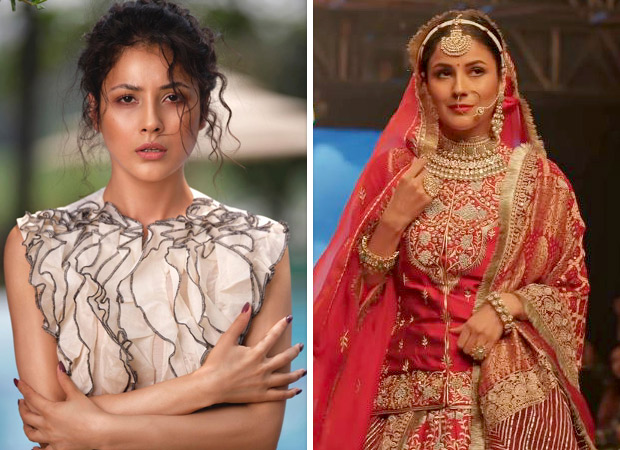 Shehnaaz Gill walked the ramp for designer Samant Chauhan and dressed as per the theme of Indian weddings. She donned the attire of a bride during the fashion show and opted for a complete traditional along with a ghoonghat. Not only did she leave the audience impressed with her walk, but the applauds got louder when she swirled in her bridal lehenga. On the other hand, she also showcased her bubbly, fun side on stage as she shook a leg to the song when she was walking on stage once again with her designer Samant. Sharing this video on Instagram, Shehnaaz said, "Debut walk done right! Walked for the super talented designer @samantchauhan
at the @timesfashionweek Thank you people of Ahmedabad for making it extra special for me! Your hospitality and love is immeasurable." Here, have a look at the video:

Fans of the Bigg Boss contestant were not only thrilled to see her in this new avatar but they also appreciated her for paying a lovely tribute to the late singer. They showered praises on her for retaining her fun side even on the ramp. After the sad demise of Sidhu Moosewala, Shehnaaz had not only extended her condolences to his family but had also added on social media saying, “Nothing is more painful in the world than losing one’s young son or daughter. God, please have mercy!”

On the work front, Shehnaaz Gill is expected to feature in the much talked about film Kabhi Eid Kabhi Diwali which will be produced under the Salman Khan banner.