Shehnaaz Gill rose to fame with her participation in Bigg Boss 13. Every post of hers goes viral on social media. She was recently in Kashmir for the shooting of a music video with Badshah. 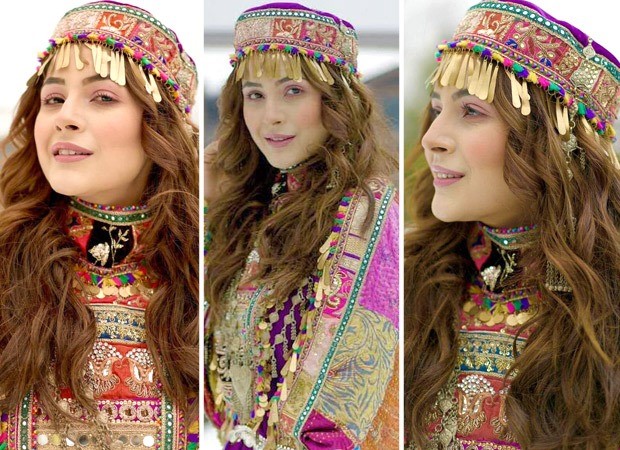 On Thursday, Shehnaaz Gill recently uploaded a series of pictures on her Instagram and she made the netizens’ heart flutter. She was seen dressed in a traditional Kashmiri outfit in the pictures. She was seen donning a traditional with sequin hangings covering her forehead. She was seen wearing a salwar and used the dupatta to drape it in Kaftan style.

She clinched it on the waist with a silver, oxidized cummerbund and a heavy earpiece. Her face was red with the cold Kashmir glow. Her golden, brown hair was seen in messy waves and the purple in the outfit made her outfit stand out. Blush eye makeup and lips rounded her look. The vibrant colours were show stealers.

On Friday morning, February 5, she was spotted at the airport returning from Kashmir where she had been for a song shoot. She opted for a neutral outfit with a white polo neck and black joggers; she completed her look with a mint green jacket and white sneakers. She still had the dewy Kashmir glow adorning her face and she kept her makeup natural and hair in waves.

Professionally, Shehnaz Gill has featured in multiple music videos and was last seen in the music video ‘Shona Shona’ with the Bigg Boss 13 co-contestant and winner Siddharth Shukha.