Gorgeous debutant Sharvari, who will be seen in the out and out family entertainer Bunty Aur Babli 2 playing the role of the new Babli, is a multi-talented artist. Not many know about the fact that she is an amazing keyboard player. Recently, she gave us a glimpse of her skill by uploading a video in which she is fluently playing the Bunty Aur Babli theme tune. 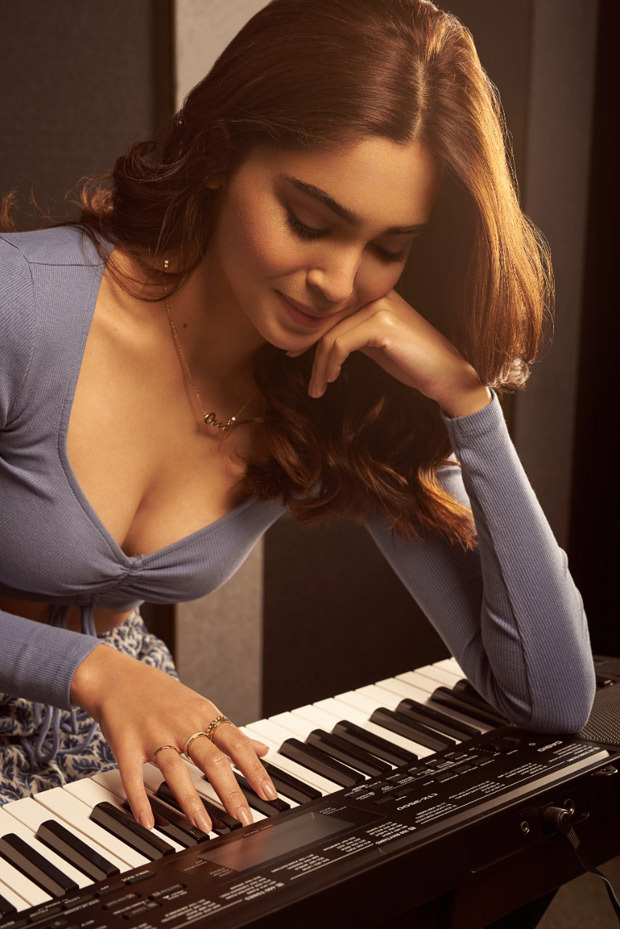 Sharvari shares, "I think I’m a jack of many trades because I keep trying to creatively explore myself.. I started by learning the harmonium as a young girl and then shifted on to the keyboard since I was 12 years old. So, I have always been experimenting with music & trying to learn as much as I can from this art form".

“I have always been a restless learner. I want to learn as much as possible about different creative processes because I think it will all add up one day to make me a better artist. When I want to learn something, I become very single-minded about it. That’s what happened to me and the keyboard at a very early age.”

“The lockdown gave me a lot of time to better myself at the craft of playing the keyboard. I put in the hours because when the nation was shut, playing the keyboard really kept me motivated as a creative person.” “The lockdown was the first time I played the keyboard, not just for myself but put up videos on social media. As a child, I refused to give any exams because to me this form of art was pure joy& passion which I never wanted to turn into a competition. But during such tough times, I wanted to share the happiness & peace it bought to me with as many as I could.”

Yash Raj Films Bunty Aur Babli 2, which is set to release worldwide on November 19, 2021, is a rib-tickling comedy that will pit two sets of con artists Bunty and Babli, from different generations, against each other in a war of wits to be the best! While Saif Ali Khan and Rani Mukerji play the OG Bunty and Babli respectively, the new Bunty Babli is being played by Gully Boy fame actors Siddhant Chaturvedi and Sharvari.

Bunty Aur Babli 2 is being directed by Varun V. Sharma, who has worked as an AD in some major tentpole YRF films like Sultan and Tiger Zinda Hai.