Last Updated 16.05.2022 | 11:28 AM IST
feedback language
follow us on
Bollywood Hungama » News » Bollywood Features News » Shanaya Kapoor is a smokeshow in an aqua cut-out one-shoulder bikini while soaking in the sun in Dubai

The tinsel town is just a few steps away from witnessing another star kid Shanaya Kapoor's big Bollywood debut, but she has already amassed a sizable fan base, even before her debut. Her fashionable photos have already established her as a rising fashion star. Shanaya Kapoor, Sanjay Kapoor's daughter, has sparked social media frenzy with her beautiful bikini picture. 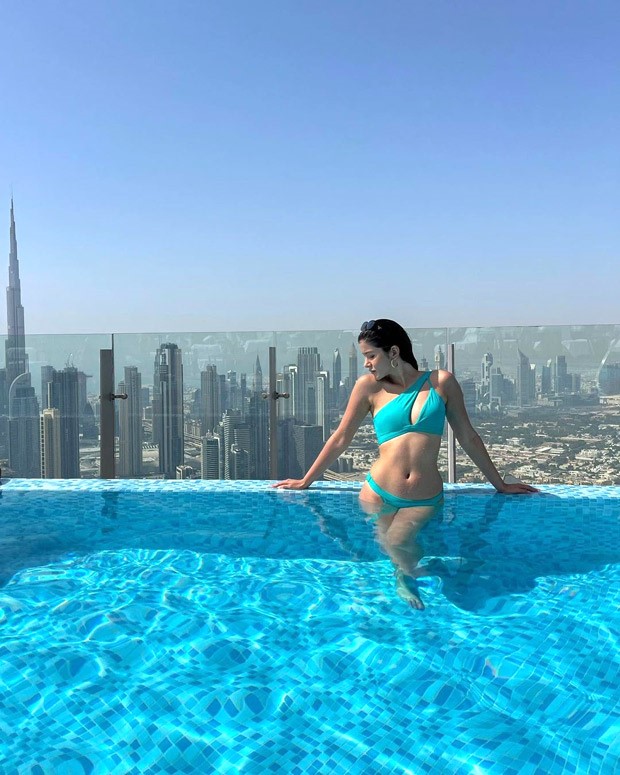 Shanaya Kapoor can be seen standing at the edge of the pool against a serene skyline showcasing her curves in an aqua cut-out one-shoulder bikini and high cut leg thong bottom in her most recent upload. She completed her ensemble with massive hoop earrings and sunglasses. Shanaya captioned her Instagram photo as, "Aqua baby" and a slew of emojis.

Meanwhile, Shanaya Kapoor will make her debut in Bedhadak with Gurfateh Pirzada and Lakshya Lalwani. Shashank Khaitan is directing the film, which is being produced by Dharma Productions.