BFFs forever Shanaya Kapoor and Suhana Khan are currently preparing for their debut in Bollywood. Today, Shah Rukh Khan and Gauri Khan’s daughter turns a year older. While the proud mother took to Instagram to wish her daughter, bestie Shanaya Kapoor had a rather special post that she shared on this day. 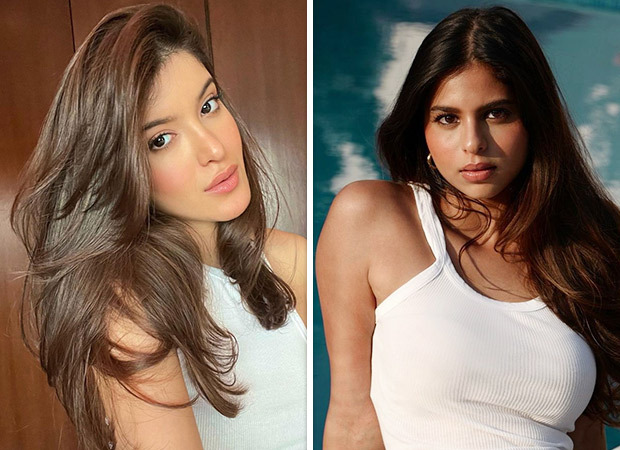 Shanaya Kapoor shows how deep her bond with Suhana Khan is; describes her as her ‘sister’

Shanaya Kapoor, who is quite the social media celebrity, took to Instagram to share a photo of her and Suhana Khan chilling by the pool. Sharing this casual photo, Shanaya described how close their bond is through the caption saying, “???? sisters by heart ????” The two of them have often expressed their love for each other on social media and even encouraged each other for their endeavors.

On the work front, Shanaya Kapoor will be making her debut in Bollywood with the film Bedhadak, that also stars popular TV actor Lakshya Lalwani and actor-model Gurfateh Pirzada. Shanaya had shared about it on her Instagram and described the film as ‘A new era of love is filled with passion, intensity & boundaries that will be crossed!’

On the other hand, Suhana Khan will be making her debut with the Netflix film The Archies. Based on the comic series by the same name, the Zoya Akhtar directorial will feature her as Veronica Lodge. Amitabh Bachchan’s grandson Agastya Nanda is expected to play the lead role of Archies whereas Sridevi’s second daughter Khushi Kapoor will be seen as Betty. Besides them, the film will also star Mihir Ahuja, Aditi Dot, Yuvraj Menda, Vedang Raina among others.