It has been reported that Bollywood star kids Shanaya Kapoor and Khushi Kapoor will soon be making their acting debut in Bollywood. Meanwhile, the two Kapoor sisters are working on enhancing their classical dancing skills. 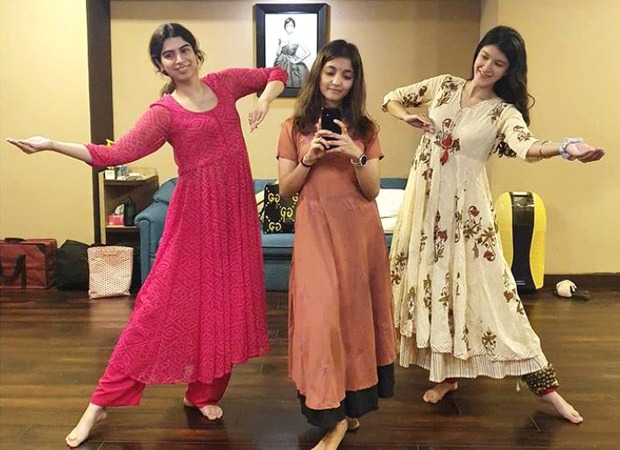 Recently, Shanaya and Khushi were seen in a picture shared on Instagram by celebrity choreographer Charvi Bhardwaj. On Thursday, Charvi took to Instagram to share a picture with her students, where the Kapoor sisters are seen posing in a classical dance movement. Charvi is seen standing in the center with her phone as she clicks a mirror selfie.

"Only coz I like this picture a little too much. #ClassShenanigans with the pretty (an oh so tall) women," Charvi captioned the picture.

Shanaya Kapoor is the daughter of Sanjay Kapoor and Maheep Kapoor. The 21-year-old who is looking forward to making her screen debut recently worked as an assistant on the film Gunjan Saxena: The Kargil Girl which featured her cousin Janhvi Kapoor.

Meanwhile, Khushi Kapoor, daughter of Boney Kapoor and late actor Sridevi is currently studying acting in New York and will be making her debut in 2022.

ALSO READ: Khushi Kapoor is off to acting school in New York; to be launched in Bollywood in 2022